From Stress to Growth 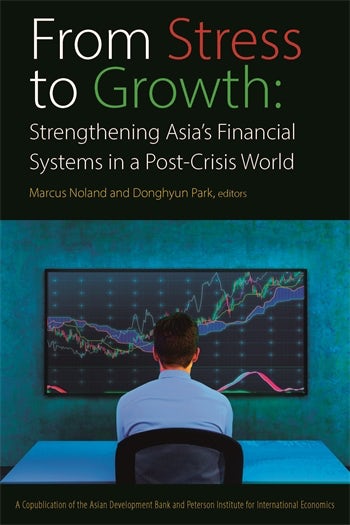 From Stress to Growth

Asian financial systems, which serve the most economically dynamic region of the world, survived the global economic crisis of the last several years. In From Stress to Growth: Strengthening Asia's Financial Systems in a Post-Crisis World, scholars affiliated with the Peterson Institute for International Economics and the Asian Development Bank argue in separate essays that Asian systems must strengthen their quality, diversity, and resilience to future shocks in order to deliver growth in coming years. The book examines such phenomena as the dominance of state-owned banks, the growth of nonbank lending (the so-called shadow banks), and the need to develop local bond markets, new financial centers, and stronger supervisory tools to prevent dangerous real estate asset bubbles. China's large financial system is discussed at length, with emphasis on concerns that China's system has grown too fast, that it is overly tilted toward corporate borrowing, and that state domination has led to overly easy credit to state-owned actors. Asia needs investment to improve its infrastructure and carry out technological innovation, but the book argues that the region's financial systems face challenges in meeting that need.

Marcus Noland, executive vice president and director of studies, has been associated with the Institute since 1985. From 2009 through 2012, he served as the Institute's deputy director. His research addresses a wide range of topics at the interstice of economics, political science, and international relations. His areas of geographical knowledge and interest include Asia and Africa where he has lived and worked, and the Middle East. In the past he has written extensively on the economies of Japan, Korea, and China, and is unique among American economists in having devoted serious scholarly effort to the problems of North Korea and the prospects for Korean unification. He won the 2000–01 Ohira Memorial Award for his book Avoiding the Apocalypse: The Future of the Two Koreas.

Donghyun Park is principal economist at the economics and research department of the Asian Development Bank (ADB), which he joined in April 2007. Prior to joining the ADB, he was a tenured associate professor of economics at Nanyang Technological University in Singapore.