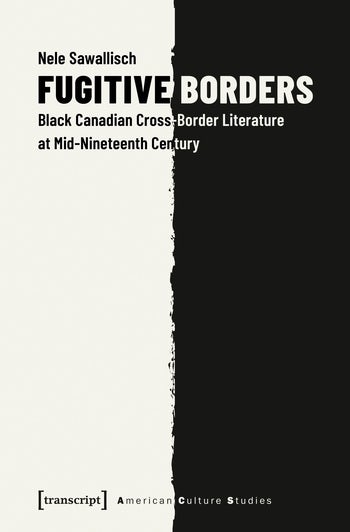 Fugitive Borders explores a new archive of nineteenth-century autobiographical writing by black authors in North America. For this purpose, Nele Sawallisch examines four different texts written by formerly enslaved men in the 1850s that emerged in or around the historical region of Canada West (now known as Ontario) and that defy the genre conventions of the classic slave narrative. Instead, these texts demonstrate originality in expressing complex, often ambivalent attitudes towards the so-called Canadian Promised Land and contribute to a form of textual community-building across national borders. In the context of emerging national discourses before Canada’s Confederation in 1867, they offer alternatives to the hegemonic narrative of the white settler nation.

Nele Sawallisch works as a lecturer at the Obama Institute for Transnational American Studies at Johannes Gutenberg University Mainz, where she completed her doctoral dissertation in 2017. She has a background in English, French, and education and completed a trinational curriculum for teachers in Mainz/Germany, Dijon/France, and Lennoxville/Quebec. Her research focuses on African Canadian and African American literatures and cultures, particularly of the nineteenth century.