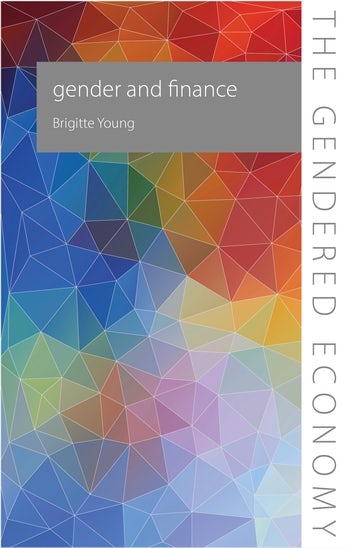 Women are largely invisible in financial governance, not only as senior decision-makers within financial institutions, but also because the discourses through which finance governance is framed erases the role of the asymmetric power of women and men in finance. In this important study, Brigitte Young, focuses our attention on the gendered implication of financial governance, financialization, monetary policy and financial crisis. She demonstrates that the silence of women in finance reinforces, or restructures, the social and material organization of gender relations that prevail at different times and places. The distributive effects of financial governance and policy, for example, have a gender bias that on average place women at a disadvantage. Similarly, the gendered consequence of financial crisis is significant, with women bearing the brunt of cuts in public spending, being the most likely to be employed in precarious and part-time work while having low levels of assets and savings to fall back on. Young presents options for rebalancing the financial system to make it inclusive and fair. She examines the role of risk and creditor bias, knowledge bias in traditional economic textbooks, taxation and public spending as well as the role of democratic accountability in finance in bringing about change.

Brigitte Young is professor emeritus of international political economy at the Institute of Political Science, University of Münster, Germany.