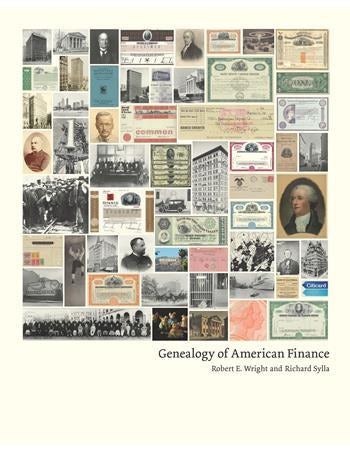 In this unique, well-illustrated book, readers learn how fifty financial corporations came to dominate the U.S. banking system and their impact on the nation's political, social, and economic growth. A story that spans more than two centuries of war, crisis, and opportunity, this account reminds readers that American banking was never a fixed enterprise but has evolved in tandem with the country.

More than 225 years have passed since Alexander Hamilton created one of the nation's first commercial banks. Over time, these institutions have changed hands, names, and locations, reflecting a wave of mergers, acquisitions, and other restructuring efforts that echo changes in American finance. Some names, such as Bank of America and Wells Fargo, will be familiar to readers. The origins of others, including Zions Bancorporation, founded by Brigham Young and owned by the Mormon Church until 1960, are surprising. Exploring why some banks failed and others thrived, this book wonders, in light of the 2008 financial crisis, whether recent consolidations have reached or even exceeded economically rational limits. A key text for navigating the complex terrain of American finance, this volume draws a fascinating family tree for projecting the financial future of a nation.

Genealogy of American Finance is sure to motivate interesting conversation, whether around a coffee table or in a classroom. Its strength comes from its breadth and level of detail—the scope of this genealogical approach has not been previously undertaken, and the fact that it manages to remain balanced and engaging is impressive. Matt Jaremski, Colgate University

Genealogy of American Finance is a treasure trove of information on American banking and its history, in an unusual—and unusually useful—format. John Steele Gordon, author of Empire of Wealth: The Epic History of American Economic Power

Wright and Sylla have produced an extremely valuable edition on the history of the fifty institutions central to American economic life. I highly recommended it to anyone with an interest in business history. Charles R. Geisst, author of Wall Street: A History and Beggar Thy Neighbor

In addition to tracing the histories of America's 50 largest financial corporations, this richly illustrated coffee-table book spotlights many of the important economic events that influenced the evolutions of those institutions. Michael A. Martorelli, Financial Analysts Journal

A fascinating compilation of the genealogical histories of the fifty largest financial institutions in the United States.... Clearly written and enjoyable to read. I expect that all readers will learn something new from the book and that the vast majority of readers will learn quite a bit. I recommend it with enthusiasm. Daniel Giedeman, EH.Net

Read the introduction, "A Brief History of Banking in America":

The Museum of American Finance, an affiliate of the Smithsonian Institution, is the nation's only independent museum dedicated to preserving, exhibiting, and teaching American finance and financial history. With its extensive collection of financial documents and objects, and its seminars, events, educational programming and publications, the museum portrays the breadth and richness of American financial history, achievement, and practices. The museum is located in a historic bank building at 48 Wall Street, on the corner of William Street, in New York City. For more information visit www.moaf.org.

Robert E. Wright became the inaugural Nef Family Chair of Political Economy at Augustana College in Sioux Falls, South Dakota, after teaching at New York University, the University of Virginia, and elsewhere. He is the author, coauthor, editor, or coeditor of more than twenty major scholarly books and projects related to U.S. financial and policy history.

Richard Sylla is the Henry Kaufman Professor of the History of Financial Institutions and Markets and Professor of Economics at New York University. He is also Chairman of the Board of Trustees at the Museum of American Finance and a research associate of the National Bureau of Economic Research.

Charles M. Royce is known as one of the pioneers of small-cap investing. He has been CEO of The Royce Funds since 1972. He currently serves as trustee of the Frick Collection, the New-York Historical Society, and the National Trust for Historic Preservation.