New Landscapes of Film and Media 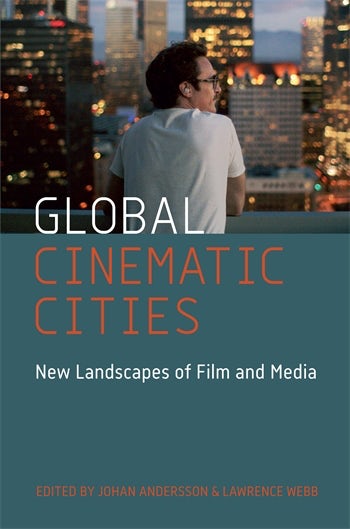 New Landscapes of Film and Media

Cinema and audiovisual media are integral to the culture, economy and social experience of the contemporary global city. But how has the relationship between cinema and the urban environment evolved in the era of digital technology, new media and globalization? And what are the critical tools and concepts with which we can grasp this vital interconnection between space and screen, viewer and built environment? Engaging with a rapidly transforming urban world, the contributions to this collection rethink the 'cinematic city' at a global scale. By presenting a global constellation of screen cities within one volume, the book encourages juxtapositions and comparisons across the North and South to capture the global city and its dynamics of exchange, hybridity, and circulation. The contributions examine film and screen cultures in a range of locations spanning five continents: Antibes, Beijing, Buenos Aires, Busan, Cairo, Caracas, Copenhagen, Jakarta, Kolkata, Lagos, Los Angeles, Malmö, Manila, Mumbai, Nairobi, Paris, Seoul, Sète, and Shanghai. The chapters address topics that range across the contemporary film and media landscape, from popular cinema, art cinema, and film festivals to serial television, public screens, multimedia installations, and video art.

Offering an extremely thoughtful mix of established and new voices, this is an intellectually exciting contribution to film scholarship. It adds significant new knowledge and understanding of the links and dissonances between the urban, the local, and the global to shed new light on existing and emerging cinematic cities throughout the world. Jane Mills, University of New South Wales

This collection of essay provides a set of innovative, international perspectives on the relationships between cities and screen media in their contemporary, globally networked configurations. It is important reading for anybody with an interest in the dynamics and the tensions of urban culture today. Andrew J. Webber, Cambridge University

Operating at the intersection of film studies, globalization studies, and urban studies to deliver a powerful, interdisciplinary re-assessment of the role of media and screens in shaping contemporary urban life, this volume addresses issues such as transnational mobility, digital technology, and social inequality…it makes important new connections between the ongoing transformation of cities worldwide and emerging trends in film, television, and new media. Christoph Lindner, University of Oregon

The editors and contributors of this volume are to be congratulated on producing such thought-provoking work on a complex contemporary topic. Film International

Encourages us to take a multi-faceted view of the global media landscape illuminating a diversification of screen practices and reflections of contemporary cultural life. Frames Cinema Journal

Notes on Contributors
Introduction: Decentring the Cinematic City—Film and Media in the Digital Age
Part 1: Transnational Screen Cities
1. In the City but Not Bounded by It: Cinema in the Global, the Generic and the Cluster City, by Thomas Elsaesser
2. Traversing the Øresund: the Transnational Urban Region in Bron/Broen, by Pei-Sze Chow
3. Neoliberalism, Nollywood, and Lagos, by Jonathan Haynes
Part 2: Global City Imaginaries
4. New Urban and Media Ecologies in Contemporary Buenos Aires, by Joanna Page
5. When Harry Met Siri: Digital Romcom and the Global City in Spike Jonze's Her, by Lawrence Webb
6. Cinephilia and the City: the Politics of Place in Contemporary Bengali Cinema, by Malini Guha
Part 3: Public Screens and New Media Landscapes
7. Screen Cultures and the 'Generic City': Public Screens in Cairo and Shanghai, by Chris Berry
8. The City as Found Footage: the Reassemblage of Chinese Urban Space, by Yomi Braester
9. Remediating the 'Other Half': Planet Slum as Transmedia Project, by Igor Krstić
Part 4: New Narrative Topographies
10. Interstitial Cityspace and the Immigrant Experience in Contemporary French Cinema, by William Higbee
11. Seoul, Busan and Somewhere Near: Korean Gangster Noir and Social Immobility, by Jinhee Choi
12. Chase Sequences and Transport Infrastructure in Global Hollywood Spy Films, by Christian B. Long
Index

Lawrence Webb is lecturer in film studies at the University of Sussex and author of The Cinema of Urban Crisis: Seventies Film and the Reinvention of the City.