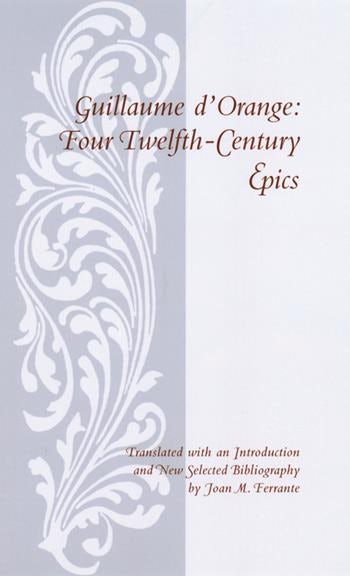 Guillaume d'Orange is the most extensive epic cycle of the Middle Ages. Set in the ninth century, the poems on the life of William of Orange grew out of several centuries of oral composition and were written down for the first time in the twelfth century. Changing and growing through the years, the poems reflect historical events from the ninth to the twelfth century.

Joan M. Ferrante writes in the Introduction, "History tells us little of the medieval William of Orange, but legend tells us a great deal. From the legends grew the most extensive epic cycle of the Middle Ages."

Joan M. Ferrante is professor of English and comparative literature at Columbia University.