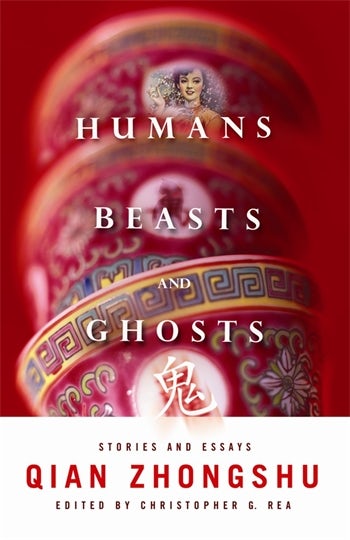 Qian Zhongshu was one of twentieth-century China's most ingenious literary stylists, one whose insights into the ironies and travesties of modern China remain stunningly fresh. Between the early years of the Second Sino-Japanese War (1937-1945) and the Communist takeover in 1949, Qian wrote a brilliant series of short stories, essays, and a comedic novel that continue to inspire generations of Chinese readers.

With this long-awaited translation, English-language readers can immerse themselves in the invention and satirical wit of one of the world's great literary cosmopolitans. This collection brings together Qian's best short works, combining his iconoclastic essays on the "book of life" from Written in the Margins of Life (1941) with the four masterful short stories of Human, Beast, Ghost (1946). His essays elucidate substantive issues through deceptively simple subjects-the significance of windows versus doors, for example, or the blind spots of literary criticsand assert the primacy of critical and creative independence. His stories blur the boundaries between humans, beasts, and ghosts as they struggle through life, death, and resurrection. Christopher G. Rea situates these works within China's wartime politics and Qian's literary vision, highlighting significant changes that Qian Zhongshu made to different editions of his writings and providing unprecedented insight into the author's creative process.

Qian is both funny and clever throughout Humans, Beasts, and Ghosts, and this volume serves as a good introduction to an author that is well worth knowing. M.A. Orthofer, The Complete Review

Excellently translated and well prepared with an introduction and endnote annotations, this volume of Qian's early short works is not only accessible to the general reader but should be read by all serious scholars of modern Chinese literature. Yu Liu, Niagara County Community College, The European Legacy

Qian Zhongshu (1910-1998), hailed as twentieth-century China's "foremost man of letters," is best known for his novel, Fortress Besieged, and his groundbreaking study of the Chinese literary canon, Limited Views: Essays on Ideas and Letters.

Christopher G. Rea is assistant professor of modern Chinese literature at the University of British Columbia.