Identifying as Arab in Canada

A Century of Immigration History 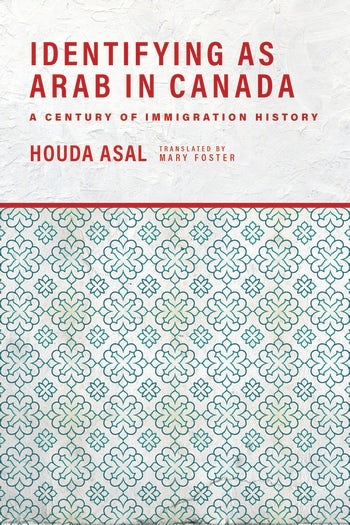 Identifying as Arab in Canada

A Century of Immigration History

While “Arabs” now attract considerable attention – from media, the state, and sociological studies – their history in Canada remains little known. Identifying as Arab in Canada begins to rectify this invisibilization by exploring the migration from Machrek (the Middle East) to Canada from the late 19th century through the 1970s. Houda Asal breathes life into this migratory history and the people who made the journey, and examines the public, collective existence they created in Canada in order to understand both the identity Arabs have constructed for themselves here, and the identity that has been constructed for them by the Canadian state.
Using archival research, media analysis, laws and statistics, and a series of interviews, Asal offers a thorough examination of the institutions these migrants and their descendants built, and the various ways they expressed their identity and organized their religious, social and political lives. Identifying as Arab in Canada offers an impressively researched, but accessibly written, much-needed glimpse into the long history of the Arab population in Canada.

“With rigorous research and a gripping narrative, this book comes to shatter many preconceived ideas and orientalist views about “Arabs,” all in a constructive, historical, and critical way.”

Houda Asal holds a PhD in socio-history. Her doctoral thesis was published by Presses de l’Université de Montréal in 2016 as, “Se dire arabe au Canada. Un siècle d’histoire migratoire.” Asal has written and spoken extensively about this history and contemporary racism in Canada and France.