(a story about sex and estrangement, AIDS and loss, and other preoccupations in San Francisco) 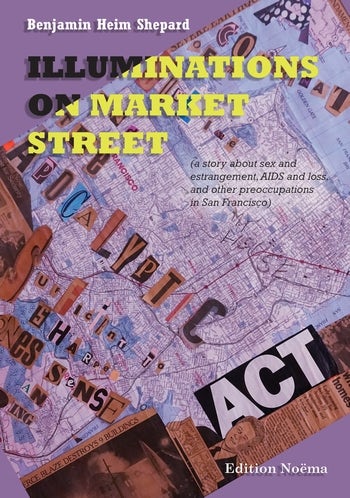 (a story about sex and estrangement, AIDS and loss, and other preoccupations in San Francisco)

San Francisco in the early 1990s. Cab is on the deep end of a losing streak. After having been dumped yet again, he moves to Haight-Ashbury fresh out of college. It is the middle of a recession, before the dot-com boom, and AIDS is an immediate and untreatable reality. He finds himself working in a housing program for people with HIV/AIDS. The entire city is reeling. His clients are dying. Cab records their every word.

He starts drafting a narrative of every person with whom he’s slept: those who dropped him, those he adored, and those he let go of without a second thought, to reassess what he has left behind from the South of his childhood of dyslexia and infatuations, football and ecstasy, divorce and sex panics. In between girlfriends, acting up, attempts at romance, and trying to find his place in the greater San Francisco narrative, Cab is looking for something, tracing the interconnecting stories of the people he’s meeting, sleeping, and drinking with, as everyone tries to find a space in the city. As treatments emerge and the economy changes, a new story takes shape in Cab’s life and the city.

A deeply moving, vivid, funny, tender, sexy, rough-around-the-edges memory novel of early-nineties San Francisco when AIDS was claiming lives but also when sexual, cultural, and political walls were falling and everything seemed possible. This is a rare account of that time and place from a straight man who opened his mind and heart to everyone around him—men and women, cis and trans, gay and straight, sick and healthy—and came away changed. Benjamin Heim Shepard shares that transformation with us here, in a novel filled with love, lust, friendship, romance, books, ideas, dancing, drugs, sex, death, and lots of music—a Gen X sentimental education set in one of the world’s most magical and mysterious cities. Take this journey with him . . . you won’t regret it. Tim Murphy, author of Christodora and Correspondents

I’ve known Benjamin Heim Shepard for a long time. And I never wanted to know much about his sordid sexual misadventures during the time of our friendship in the early 1990s in San Francisco. Apparently, I was remiss. It makes for a fantastic read that everyone can enjoy. Cleve Jones, author of When We Rise: My Life in the Movement

Benjamin Heim Shepard is an activist living in Brooklyn. This is his first novel.