In Search of Ultimate Reality 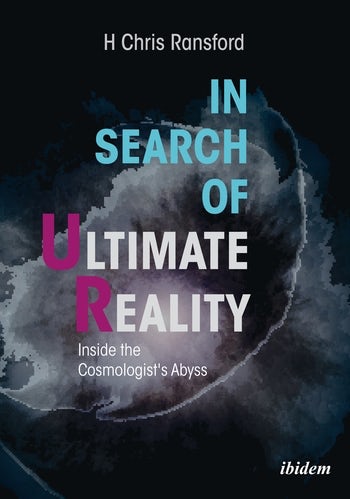 In Search of Ultimate Reality

Is there such a thing as a fundamental reality, something which was around before our universe came into existence and which will still remain when all matter, time, and space itself ultimately disappear? Something fundamental which, in turn, can make space and time and matter arise from seemingly nothing? Under most cosmological and physical models, the last known remnants of reality are the disembodied laws of mathematics—beyond which it is extremely difficult to probe further.

Using contemporary physics, narrated at popular science level, Chris Ransford shows why full nothingness—a nothingness within which even the disembodied laws of mathematics would not exist—cannot possibly exist, and what most likely underpins and enables reality. This leads the author to a few thoughts as to how such knowledge may be verified and then deployed to achieve a better alignment with reality.

I found this book to be a tightly reasoned, very readable, and insightful discussion of "ultimate reality." Books like this—that draw upon mathematics, physics, philosophy, and theology—offer some hope that our civilization might rise to the challenge and perhaps overcome some of the issues that confront us. Greg Matloff, professor of astronomy and physics, City University of New York

This book contributes to advancing one of the important debates in society today and to resolving issues that have historically divided mankind so much. Oleg Y. Latyshev-Maysky, John F. Kennedy School of Government at Harvard University

In Search of Ultimate Reality is tightly argued. H. Chris Ransford's bridging of mathematics and spirit is quite compelling. Hal Puthoff, EarthTech International

Physicist and engineer, educated in three different countries and holder of several advanced degrees incl. a “Grande Ecole” degree (Dipl.-Ing., INPG Grenoble.), Chris Ransford was a tutor and Research Fellow at the University of Melbourne and at Monash University, and a guest academic at the KIT (Karlsruhe Institute of Technology) in Germany on a DAAD scholarship. He is author of The Far Horizons of Time: Time and Mind in the Universe (de Gruyter Open) and God and the Mathematics of Infinity (ibidem).