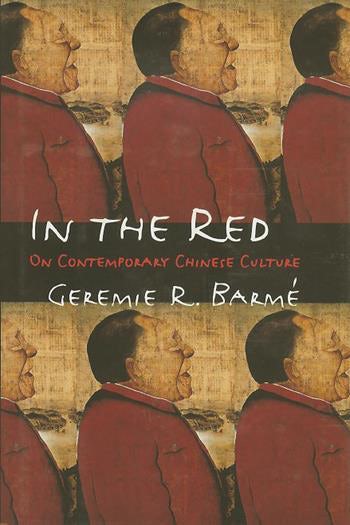 China, Geremie R. Barmé notes, has become one of the greatest writing and publishing nations on the planet, and both cultural activists and the state are embroiled in debates about the production and distribution of its cultural products. But what happens when global culture and Chinese capitalist-socialism meet in the marketplace? In the Redinvestigates what goes on behind the rhetoric of the official Chinese government and the dissident community and provides a unique perspective on mainstream Western perceptions of cultural developments, artistic freedom, and popular lifestyles in China today.

Illustrated with fascinating cartoons and photographs and rich with facts, anecdotes, and events, In the Red exposes the complex relationship between "official" culture (produced, supported, or sanctioned by the government) and "nonofficial" or countercultures (especially among urban youths and dissidents). Two key and contrasting events loom large in this narrative: the 1989 protests that ended with the June 4 massacre and a nationwide purge, and Deng Xiaoping's 1992 "tour of the south," in which he emphasized the need for radical economic reform. Although a level of political tolerance has evolved since the 1970s, Barmé sheds light on the significance of the intermittent denunciations of artists, ideas, and works.

Barmé knows China well [and] has occasionally feuded with Chinese cultural icons.... Here, he surveys the cultural warfare since the reform era began in 1978 and emphasizes the way a rich counterculture has flowered despite the authorities'deep misgivings and periodic purges. Nicholas D. Kristof, New York Times Book Review

A factual look at a cultural revolution that is happening without artist or government realizing it. Joe Collins, Booklist

Introduction: A Culture in the Red
1: The Chinese Velvet Prison
2: An Iron Fist in a Velvet Glove
3: Traveling Heavy
4: The Apotheosis of the Liumang
5: The Graying of Chinese Culture
6: Consuming t-shirts in Beijing
7: Packaged Dissent
8: Artful Marketing
9: ccptm & Adcult prc
10: To Screw Foreigners Is Patriotic
11: Kowtowing to the Vulgar
12: Totalitarian Nostalgia
Postscript: Springtime in Beijing
Appendix: Screw You, Too
Chinese Glossary
Index

Geremie R.Barmé is a senior research fellow at the Institute of Advanced Studies at the Australian National University. He is the author of Shades of Mao: The Posthumous Career of a Great Leader and the editor of several books, including (with Linda Jaivin) New Ghosts. Old Dreams: Chinese Rebel Voices and (with John Minford) Seeds of Fire: Chinese Voices of Conscience. He has also translated two volumes of Chinese essays and was a coauthor of and advisor for the documentary film The Gate of Heavenly Peace.