Interpreting the World to Change It 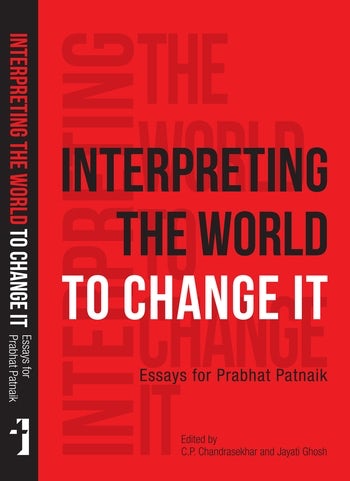 Interpreting the World to Change It

Born in 1945 in Odisha, India, to parents who were deeply committed to the Communist cause as members of the Communist Party of India, Patnaik is one of the most outstanding economists of his generation and a leading Marxist theoretician in the world today. Through his work as an academic, he has contributed immensely to developing a theoretical understanding of India's economy and society, and the tactics and strategy needed to change it in a socialist direction. Patnaik is better known as a leading theoretician of the Left who has kept alive the need for advancing theory to support the struggle for an alternative society. He put into practice his ideas as a heterodox economist when he successfully served as Vice-Chairman of the Kerala State Planning Board under the Left Democratic Front government in Kerala from June 2006 to July 2011.

Prabhat Patnaik's academic insights and strong political commitment have stimulated intellectual activity and inspired personal regard across a multitude of people from all walks of life. Versatile in his knowledge and mastery of different schools of thought but unflinching in his commitment to the use and extension of a Marxist approach, he has influenced several generations of social scientists through his extensive writing, his contributions to academic discourse, and his life as a tireless public intellectual. This volume brings together contributions from some who have benefited from interaction with him over decades, in a tribute and continuing conversation.