Islamophobia and the Novel 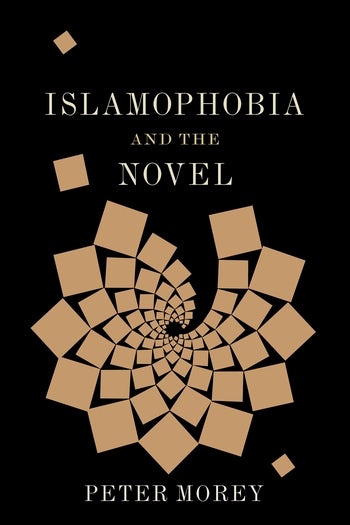 Islamophobia and the Novel

In an era of rampant Islamophobia, what do literary representations of Muslims and anti-Muslim bigotry tell us about changing concepts of cultural difference? In Islamophobia and the Novel, Peter Morey analyzes how recent works of fiction have framed and responded to the rise of anti-Muslim prejudice, showing how their portrayals of Muslims both reflect and refute the ideological preoccupations of media and politicians in the post-9/11 West.

Islamophobia and the Novel discusses novels embodying a range of positions—from the avowedly secular to the religious, and from texts that appear to underwrite Western assumptions of cultural superiority to those that recognize and critique neoimperial impulses. Morey offers nuanced readings of works by John Updike, Ian McEwan, Hanif Kureishi, Monica Ali, Mohsin Hamid, John le Carré, Khaled Hosseini, Azar Nafisi, and other writers, emphasizing the demands of the literary marketplace for representations of Muslims. He explores how depictions of Muslim experience have challenged liberal assumptions regarding the novel’s potential for empathy and its ability to encompass a variety of voices. Morey argues for a greater degree of critical self-consciousness in our understanding of writing by and about Muslims, in contrast to both exclusionary nationalism and the fetishization of difference. Contemporary literature’s capacity to unveil the conflicted nature of anti-Muslim bigotry expands our range of resources to combat Islamophobia. This, in turn, might contribute to Islamophobia’s eventual dismantling.

With his characteristic brilliance and integrity, Peter Morey, a noted public intellectual, illustrates the impact of surging Islamophobia on mainstream literature in this masterful study. A man whose career has centered on building bridges between divided cultures, his is a voice to heed in these confusing and troubled times. Ambassador Akbar Ahmed, Ibn Khaldun Chair of Islamic Studies, American University

In a series of brilliantly astute and subtle readings, Peter Morey shows us how the contemporary novel has the capacity to expose the rifts and contradictions in Islamophobic discourses, thereby unsettling conventional frames for seeing Islam and Muslims. Paving the way for what Morey calls a ‘critical Muslim literary studies’, Islamophobia and the Novel is a work of outstanding scholarship, a vital book for the times we live in. Rehana Ahmed, Queen Mary University of London

If you’ve ever wondered why Muslim characters always seem so poorly imagined in so much contemporary fiction in English, Peter Morey has the answers for you. Islamophobia and the Novel is not only a lucid account of how Muslim characters get stuck in a spider’s web of representation. It is also a handbook for how to break free. Moustafa Bayoumi, Brooklyn College

A persuasive, theoretically grounded analysis of the state of literary novels in English dealing with the Muslim world and the West’s responses to (and uses of) Islamophobia. Choice

Acknowledgments
Introduction—Islamophobia: The Word and the World
1. Islam, Culture, and Anarchy: Faith, Doubt, and Liberalism in Martin Amis, Ian McEwan, and John Updike
2. From Multiculturalism to Islamophobia: Identity Politics and Individualism in Hanif Kureishi and Monica Ali
3. Muslim Misery Memoirs: The Truth Claims of Exotic Suffering in Azar Nafisi and Khaled Hosseini
4. Migrant Cartographies: Islamophobia and the Politics of the City Space in Amy Waldman and H. M. Naqvi
5. States of Statelessness: Islamophobia and Border Spaces in the Post-9/11 Thrillers of John Le Carré, Dan Fesperman, and Richard Flanagan
6. Islamophobia and the Global Novel: “Worlding” History in Nadeem Aslam and Kamila Shamsie
7. Marketing the Muslim: Globalization and the Postsecular in Mohsin Hamid and Leila Aboulela
Conclusion—Toward a Critical Muslim Literary Studies
Notes
Bibliography
Index

Peter Morey is professor of twentieth-century English literature at the University of Birmingham. He is the author of Fictions of India: Narrative and Power (2000) and Rohinton Mistry (2004) and coauthor of Framing Muslims: Stereotyping and Representation after 9/11 (2011).