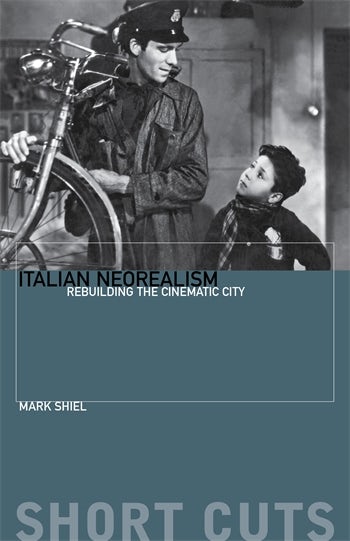 Italian Neorealism: Rebuilding the Cinematic City is a valuable introduction to one of the most influential of film movements. Exploring the roots and causes of neorealism, particularly the effects of the Second World War, as well as its politics and style, Mark Shiel examines the portrayal of the city and the legacy left by filmmakers such as Rossellini, De Sica, and Visconti. Films studied include Rome, Open City (1945), Paisan (1946), The Bicycle Thief (1948), and Umberto D. (1952).
Acknowledgements
Introduction: Describing Neorealism
1. The Origins of Neorealism
2. Neorealism's First Phase
3. Neorealism and the City
4. The Battle of Neorealism
5. Neorealism's Second Phase
Conclusion: Legacies of Neorealism
Bibliography
Index

Mark Shiel is lecturer in film studies at King's College, London. He is the author of Cinema and the City and Screening the City.