From Murasaki to Murakami 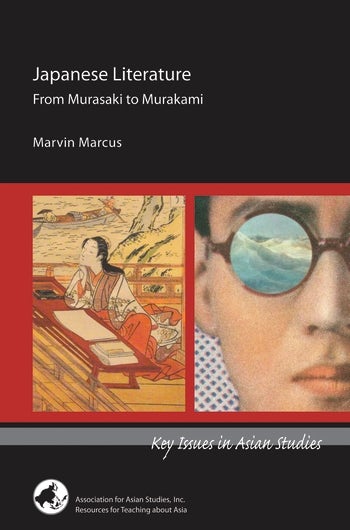 From Murasaki to Murakami

Japanese Literature: From Murasaki to Murakami provides a concise introduction to the literature of Japan that traces its origins in the seventh century and explores a literary legacy—and its cultural contexts—marked by the intersection of aristocratic elegance and warrior austerity. Coverage extends to the present day with a focus on the complex twists and turns that mark Japan’s literature in the modern period. In under one-hundred pages of narrative, Marcus’s account of Japanese literature ranges from the 712 CE publication of Japan’s first literary work, the Kojiki, to internationally-famous 21st century authors. Readers get a sense of past and contemporary literary themes and well written vignettes of the men and women who produced works that are an integral part of Japan’s literary traditions. Readers are introduced to Japanese literature, but Marcus’s linkages to history and culture increase the likelihood that many readers will be inspired to learn more about Japan and its rich history. Marcus’s compelling interpretations of significant works of Japanese literature and their historical moments complement carefully selected passages of literary prose, poetry, and images from Japan's long literary and cultural history. This small gem of a book is essential for students, teachers, and general audiences interested in Japan and its long literary traditions.

MARVIN MARCUS is Professor of Japanese Language and Literature at Washington University in St. Louis, where he has taught since 1985. He did his graduate work in Japanese literature at the University of Michigan, where he earned an MA and PhD. Marcus’s area of specialization is modern Japanese literature of the prewar (kindai) period, and his research has focused on personal narratives and ‘life writing’: memoir, reminiscence, essay, diary, and autobiography. He has extensively researched and written on authors such as Mori Ogai, Natsume Soseki, Shimazaki Toson, Futabatei Shimei, and Uchida Roan.