Geoeconomic Strategy in the Asia-Pacific 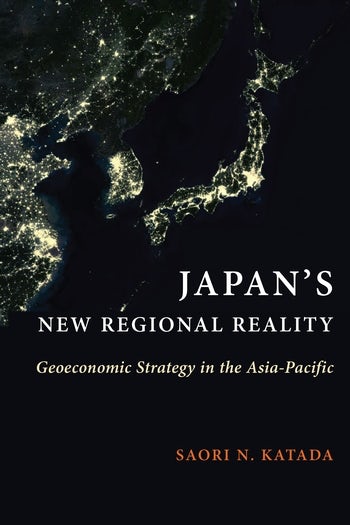 Geoeconomic Strategy in the Asia-Pacific

Since the mid-1990s, Japan’s regional economic strategy has transformed. Once characterized by bilateralism, informality, and neomercantilism, Japanese policy has shifted to a new liberal strategy emphasizing regional institution building and rule setting. As two major global powers, China and the United States, wrestle over economic advantages, Japan currently occupies a pivotal position capable of tipping the geoeconomic balance in the region.

Japan’s New Regional Reality offers a comprehensive analysis of Japan’s geoeconomic strategy that reveals the country’s role in shaping regional economic order in the Asia-Pacific. Saori N. Katada explains Japanese foreign economic policy in light of both international and domestic dynamics. She points out the hurdles to implementing a state-led liberal strategy, detailing how domestic political and institutional changes have been much slower and stickier than the changing regional economics. Katada highlights state-market relations and shows how big businesses have responded to the country’s interventionist policies. The book covers a wide range of economic issues including trade, investment, finance, currency, and foreign aid. Japan’s New Regional Reality is a meticulously researched study of the dynamics that have contributed to economic and political realities in the Asia-Pacific today, with significant implications for future regional trends.

This book provides a much needed analysis of changes in Japan's regional economic strategy. In giving agency to the Japanese state, Saori N. Katada makes a major contribution to our understanding not just of contemporary Japan, but of the region as a whole and the potential shape of the world order to come. Saadia Pekkanen, University of Washington

Saori N. Katada is professor of international relations at the University of Southern California. She is the author of Banking on Stability: Japan and the Cross-Pacific Dynamics of International Financial Crisis Management (2001) and coauthor of The BRICS and Collective Financial Statecraft (2017) and Taming Japan’s Deflation: The Debate over Unconventional Monetary Policy (2018), among other works.