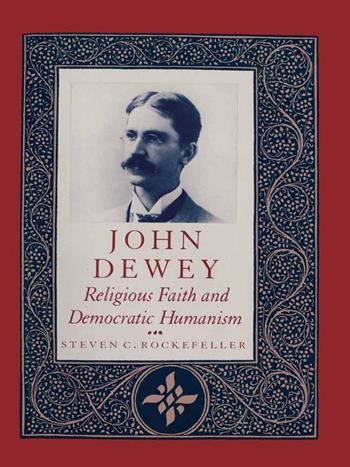 Combining ?biography and intellectual history, Steven Rockefeller offers an illuminating introduction to the philosophy of John Dewey, with special emphasis on the evolution of the religious faith and moral vision at the heart of his thought. This study pays particular attention to Dewey's radical democratic reconstruction of Christianity and his many contributions to the American tradition of spiritual democracy.

Rockefeller presents the first full exploration of Dewey's religious thought, including its mystical dimension. Covering Dewey's entire intellectual life, the author provides a clear introduction to Dewey's early neo-Hegelian idealism as well as to his later naturalistic metaphysics, epistemology, theory of education, theory of evaluation, and philosophy of religion. The author tells the story of the evolution of this faith and philosophical vision, offering fresh insight into the enduring value of the thought of America's foremost philosopher.

Steven Rockefeller's [book is] the best extended articulation of the theme of religious faith in Dewey. Journal of Religion

Steven C. Rockefeller teaches religion and philosophy at Middlebury College. He received his M.Div from Union Theological Seminary and a Ph.D from Columbia University. Rockefeller has published a number of essays on Dewey and is coeditor of The Christ and Bodhisattva and The Spirit and Nature: Religion, Ethics, and Environmental Crisis.