The Consecration of Elites in Djursholm 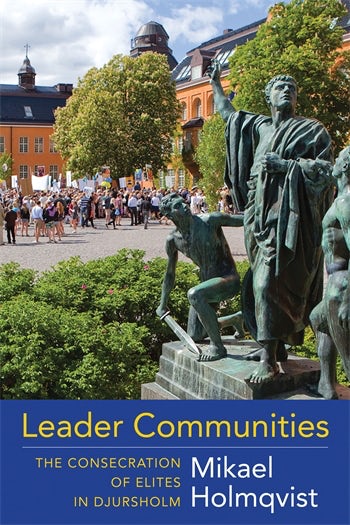 The Consecration of Elites in Djursholm

All around the world there are elite suburban communities: Palo Alto, California, and Greenwich, Connecticut, in the U.S.; Paris's Neuilly; and Oxshott outside London. These wealthy suburbs are home to the economic and social elites who work in the world's global cities. Stockholm's suburb Djursholm is one such place. It is full of large houses, winding lanes, and is surrounded by a beautiful landscape. Its residents prize physical fitness, healthy eating, fine art, and education. Despite Sweden's reputation for egalitarianism, Djursholm is representative of global mechanisms of privilege and its perpetuation.

Leader Communities is the sociologist Mikael Holmqvist's term for places like Djursholm: the communities where elites choose to live, socialize with other elites, and, most importantly, form families and raise their children into future elites. Such neighborhoods consecrate inhabitants into leaders—that is, they offer their residents a social environment that imbues people with a sense of social and moral elevation. By idealizing their residents, leader communities' allegedly superior lifestyle and character act as a principle of distinction and legitimation. Holmqvist calls this a consecracy—a society that leads by means of its aura, brightness, and radiance, allowing the privileged to pose as a moral vanguard. Leaders are made—not born—by the culture, history, traditions, ceremonies, rituals, and institutions of the place. Based on a comprehensive five-year ethnographic study, this book is a community study of Djursholm in which the author ventures inside the world of the elite to explore the mechanics of social interaction and power. Leader Communities introduces vital new concepts to the study and understanding of contemporary elites and offers a troubling analysis of the moral, social, and political consequences of their aspirations to lead societies.

Leader Communities draws upon outstanding ethnographic research to open the door on a kind of community few ever see. Holmqvist’s insights are critical to understanding the social, moral, and political problems we face, and they suggest a pathway for addressing them. A must read for those interested in elites and inequality. Shamus Khan, Columbia University

A signal accomplishment in the critical study of class and culture in the twenty-first century. Holmqvist deftly portrays how carefully the very rich attend to their own security and the intergenerational continuity of their privilege—even in one of the most admirably egalitarian societies of the modern era. Reading this book, I thought often of E. Digby Baltzell and C. Wright Mills. Mitchell L. Stevens, Stanford University

Sweden is mainly known to Americans as an advanced welfare state with equality bordering on socialism. This book presents another side of Sweden through its focus on its most exclusive suburb, Djursholm, situated just outside of Stockholm. This is where Sweden’s one-percenters live and also where they do their utmost to ensure that their children will stay in that percent. A first rate social science study. Richard Swedberg, Cornell University

One of the very few extensive and penetrating ethnographic studies of an upper-class community, its culture, lifestyle, mentality, ideals, and norms, but also its problems and shortcomings, which contributes new empirical knowledge to a topic which has received much attention in mass media as well as in elite literature. Trygve Gulbrandsen, research professor at the Institute for Social Research (Norway)

Mikael Holmqvist is associate professor of sociology and professor of business administration at Stockholm University.