Ninjō and the Nineteenth-Century Japanese Novel 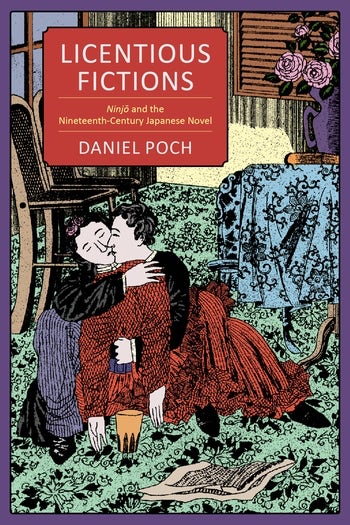 Ninjō and the Nineteenth-Century Japanese Novel

In Licentious Fictions, Daniel Poch investigates the significance of ninjō in defining the literary modernity of nineteenth-century Japan. He explores how cultural anxieties about the power of literature in mediating emotions and desire shaped Japanese narrative from the late Edo through the Meiji period. Poch argues that the Meiji novel, instead of superseding earlier discourses and narrative practices surrounding ninjō, complicated them by integrating them into new cultural and literary concepts. He offers close readings of a broad array of late Edo- and Meiji-period narrative and critical sources, examining how they shed light on the great intensification of the concern surrounding ninjō. In addition to proposing a new theoretical outlook on emotion, Licentious Fictions challenges the divide between early modern and modern Japanese literary studies by conceptualizing the nineteenth century as a continuous literary-historical space.

In Licentious Fictions, Daniel Poch identifies the emergence of a distinctive literary modernity in nineteenth-century Japan based on the idea that human emotion was politically disruptive and morally dubious. Breaking new ground with his analysis of narrative practices surrounding love and desire, Poch truly shines when he anchors his examination of the Japanese novel in a global history of modernity. Paul Schalow, Rutgers University

Licentious Fictions is an important work that resituates our perception of Japan’s literary modernity. With a broad sweep that moves from Edo to Meiji and from Chinese antecedents to Western influences, Daniel Poch challenges the long-standing but artificial divide between historical eras and provides a new integrative framework for our understanding of the modern novel in Japan. Rebecca Copeland, Washington University in St. Louis

Licentious Fictions provides the most compelling account to date of the nineteenth-century Japanese novel as exhibiting a coherent discursive economy that spans the Edo/Meiji divide. It stands out for both the sophistication of its analysis and the impressive scope of primary source material that it covers. It is a groundbreaking work that is sure to make a major impact on the field. Peter Flueckiger, Pomona College

The novel has always been about love—its dangerous and disruptive power. Daniel Poch's wide-ranging book explores how Japanese writers and translators attempted to contain, explain, and exploit the problematic power of love in their fiction. Gaye Rowley, Waseda University

Licentious Fictions presents the most sustained and penetrating exploration of the Japanese novel’s ambitious and problematic engagement with dangerous emotions and desires. Tracing the pervasive anxiety over the social potency of the mass-produced novel, Poch impressively delineates a new genealogy of the modern novel in nineteenth-century Japan. A truly path-breaking book. Tomi Suzuki, Columbia University

Acknowledgments
List of Abbreviations
Introduction
Part I: Ninjō and the Early-Modern Novel
1. From Ninjō to the Ninjōbon: Toward the Licentious Novel
2. Questioning the Idealist Novel: Virtue and Desire in Nansō Satomi hakkenden
Part II: The Age of Literary Reform
3. Translating Love in the Early-Meiji Novel: Ninjōbon and Yomihon in the Age of Enlightenment
4. Historicizing Literary Reform: Shōsetsu shinzui, Translation, and the Civilizational Politics of Ninjō
5. The Novel’s Failure: Shōyō and the Aporia of Realism and Idealism
Part III: Late-Meiji Questionings
6. Ninjō and the Late-Meiji Novel: Recontextualizing Sōseki’s Literary Project
Epilogue
Notes
Bibliography
Index

Daniel Poch is assistant professor of Japanese literature in the School of Modern Languages and Cultures at the University of Hong Kong.