Transnationalizing Class and Ethnicity Among Polish Migrants in London 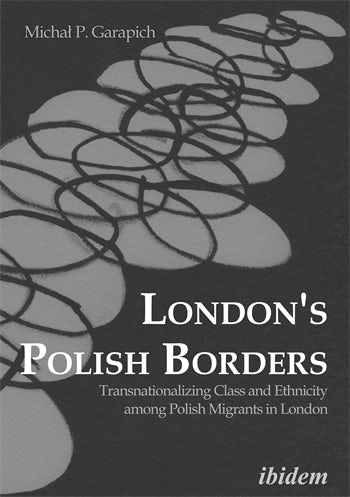 Transnationalizing Class and Ethnicity Among Polish Migrants in London

The figure of the Polish plumber or builder has long been a well-established icon of the British national imagination, uncovering the UK's collective unease with immigration from Central and Eastern Europe. But despite the powerful impact the UK's second largest language group has had on their host country's culture and politics, very little is known about its members.

This painstakingly researched book offers a broad perspective on Polish migrants in the UK, taking into account discursive actions, policies, family connections, transnational networks, and political engagement of the diaspora. Born out of a decade of ethnographic studies among various communities of Polish nationals living in London, Michal P. Garapich documents the changes affecting both Polish migrants and British society, offering insight into the inner tensions and struggles within what is often assumed to be a uniform and homogeneous category. From Polish financial sector workers to the Polish homeless population, this groundbreaking book provides a street-level account of cultural and social determinants of Polish migrants as they continually rework their relation to class and ethnicity.
Acknowledgements
Preface
1: Setting the conceptual scene: migrations, nationstates, and anthropology of class and ethnicity
2: The power of leaving—nation and class in Polish migration culture
3: From 'illegals' to EU citizens. The collapse of the communist system and rise of migration as
adaptation
4: Migration strategies and the making of transnational social fields
5: Class, work, and the meaning of transnational social mobility
6: Class, ethnicity, and the making of white Poles
7: Making Polonia. Power, elites, and the hierarchy of belonging
8: Conclusions: power of the individual
Literature

Michal P. Garapich is a social anthropologist, lecturer, and research fellow at the Centre for Research on Migration and Multiculturalism, University of Roehampton.