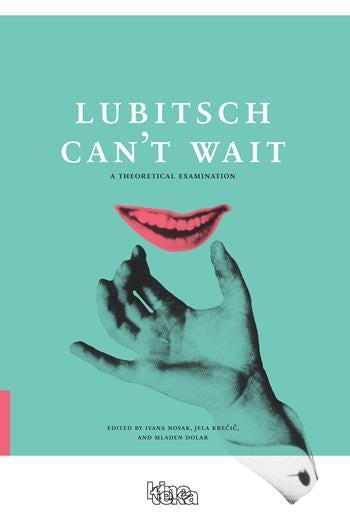 Ernst Lubitsch, the great author of Hollywood comedy and pioneer of such genres as the sophisticated romantic comedy, the musical, and the screwball comedy, is a relatively overlooked figure in mainstream film theory. In this collection, renowned world thinkers and philosophers position Lubitsch as the premium director of subversive cinema, reflecting on his attitude toward love and politics which correspond to contemporary issues.Followers of the Hegelian, Marxist, Freudian, Lacanian, and Deleuzian traditions discuss thephilosophical, political, and ethical dimensions of Lubitsch's late Hollywood work. They focus on love as stealing, the ethics of style, and comedy in times of austerity in the director's masterpiece, Trouble in Paradise (1932); answer the question of why comedy is always polygamous; discuss links between masochism, melancholia, and ideology in Ninotchka(1939); celebrate the ethical gesture of comedy in To Be or Not to Be (1942); and promote the revolutionary comic spirit of Lubitsch's last directorial effort, Cluny Brown (1946). These essays' witty, subversive, and provocative approaches highlight Lubitsch's unique understanding of love, sex, comedy, and politics and idiosyncratic conception of totalitarian"nightmares" and capitalistic "paradise," countering the non-dialectic and politically correct discourse of mainstream and independent cinema today.

An insightful and often enjoyable intellectualization of romantic love. Fandor

Long overdue... this collection fills an important need, and it does so with verve and erudition. CHOICE

Ivana Novak is a freelance editor specializing in theory, contemporary cinema, television, and comedy. She and Jela Krečič co-curated the 2012 edition of the international symposium on film theory in Slovenian cinematheque, which led to the English edition of Lubitsch Can't Wait.

Mladen Dolar is a professor in the Department of Philosophy at the University of Ljubljana.

Jela Krečič is a philosopher who works as a journalist for the Slovenian newspaper Delo.
0. Ivana Novak, Jela Krečič, eds.: Lubitsch can't wait1 Aaron Schuster: Comedy in Times of Austerity 2 Russell Grigg: The Joyful Art of Ernst Lubitsch: Trouble in Paradise3 Robert Pfaller: What is so funny about multiple love? The polygamous Lubitsch touch4 Tatjana Jukic: Garbo laughs: Revolution and melancholia in Lubitsch's Ninotchka5 Mladen Dolar: To Be or Not to Be? No, thank you6 Elisabeth Bronfen: Lubitsch's War: Comedy as political ploy in To Be or Not to Be7 Gregor Moder: The Beard, the Bust, and the Plumed Helmet8 Alenka Zupančič erdin: Squirrels to the Nuts, or, How many does it take to not give up on your desire?9 Slavoj iek: Lubitsch, the poet of cynical wisdom?Appendix: Index of names and film titles