The Story of Kawashima Yoshiko, the Cross-Dressing Spy Who Commanded Her Own Army 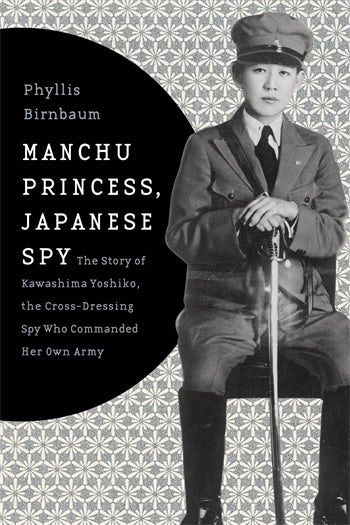 The Story of Kawashima Yoshiko, the Cross-Dressing Spy Who Commanded Her Own Army

Aisin Gioro Xianyu (1907–1948) was the fourteenth daughter of a Manchu prince and a legendary figure in China's bloody struggle with Japan. After the fall of the Manchu dynasty in 1912, Xianyu's father gave his daughter to a Japanese friend who was sympathetic to his efforts to reclaim power. This man raised Xianyu, now known as Kawashima Yoshiko, to restore the Manchus to their former glory. Her fearsome dedication to this cause ultimately got her killed.

Yoshiko had a fiery personality and loved the limelight. She shocked Japanese society by dressing in men's clothes and rose to prominence as Commander Jin, touted in Japan's media as a new Joan of Arc. Boasting a short, handsome haircut and a genuine military uniform, Commander Jin was credited with many daring exploits, among them riding horseback as leader of her own army during the Japanese occupation of China.

While trying to promote the Manchus, Yoshiko supported the puppet Manchu state established by the Japanese in 1932—one reason she was executed for treason after Japan's 1945 defeat. The truth of Yoshiko's life is still a source of contention between China and Japan: some believe she was exploited by powerful men, others claim she relished her role as political provocateur. China holds her responsible for unspeakable crimes, while Japan has forgiven her transgressions. This biography presents the richest and most accurate portrait to date of the controversial princess spy, recognizing her truly novel role in conflicts that transformed East Asia.

Manchu Princess, Japanese Spy is an even-handed biographical study of a fascinating woman who may have been a secret agent during the Pacific War. Phyllis Birnbaum covers Kawashima Yoshiko's background as a Manchu princess and her further adventures after being adopted in Japan in detail, using virtually every primary source available, as well as novels based on her life. Janine Beichman, Daito Bunka University, Tokyo

Richly illustrated with rare photos, and enlivened by numerous interviews, Phyllis Birnbaum's book is a balanced, well-written biography of one of the most notorious figures to emerge in the early twentieth-century contest for empire in northeast Asia. Anyone interested in the personal dimension of Sino-Japanese relations during the period of their most problematic intensity will find much profit in reading these stories of the life of Kawashima Yoshiko, many told through the memories of the men and women who loved her and hated her, often at the same time. Mark C. Elliott, Harvard University

Birnbaum presents a colorful portrait of the controversial figure as she participated in conflicts that transformed East Asia. Publishers Weekly

Birnbaum does her utmost to unravel the threads that make up Yoshiko's legacy... in this thoughtful biography of a complicated woman. Library Journal

Phyllis Birnbaum's book attempts to cut through the myths surrounding Kawashima, and is an excellent overview of her life. Japan Times

[Yoshiko] emerges as a woman supremely in command of her own fiction, even to the last. New York Times Book Review

Japanese expert Birnbaum brings both [Yoshiko's] life and myth to an English-speaking or Western audience. She skilfully weaves her way through the complex political situation in pre-war China and gives an evocative account of the chaos of multinational Shanghai. Sensibly, the author keeps her controversial subject at arms length, steers clear of concurring with sensationalist claims about her exploits, and expresses a balanced take on most aspects of Yoshiko's life. Asian Review of Books

A fascinating tale of a woman who played a prominent role in the muddled conflicts in East Asia before and during the Pacific War.... The writing here is clear and the research is superb. Asian Ethnology

Read the chapter "Born to Chaos":

Phyllis Birnbaum is a novelist, biographer, journalist, and translator. Her work has appeared in the New Yorker, Times Literary Supplement, and other publications. Her books include Modern Girls, Shining Stars, the Skies of Tokyo: Five Japanese Women and a biography, Glory in a Line: A Life of Foujita—the Artist Caught Between East and West. She recently edited an English translation of Clouds Above the Hill: A Historical Novel of the Russo-Japanese War. She lives outside of Boston.