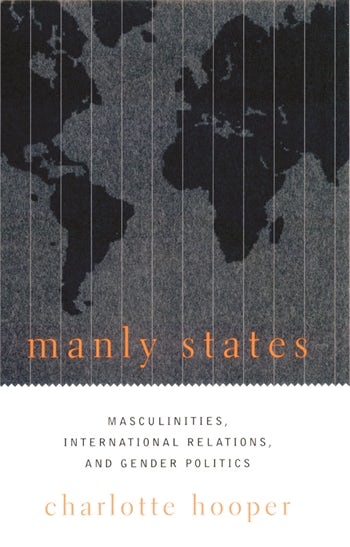 This volume asserts that international politics shapes multiple masculinities rather than one static masculinity, positing an interplay between a "hegemonic masculinity" (associated with elite, western male power) and other subordinated, feminized masculinities (typically associated with poor men, nonwestern men, men of color, and/or gay men). Employing feminist analyses to confront gender-biased stereotyping in various fields of international political theory—including academic scholarship, journals, and popular literature like The Economist—Hooper reconstructs the nexus of international relations and gender politics during this age of globalization.

Contributes to the theoretical development of international relations and is important reading for those interested in the challenge of incorporating gender into the field... This book will engage scholars interested in issues of gender identity and globalization apparent in popular culture International Affairs

Crucial for illuminating the current contests between and among hegemonic and subordinated masculinities now in play. International Politics

With the publication of this text Hooper joins the first rank of scholars using interdisciplinary tools to investigate questions of manhood and power. Matthew Basso, Signs