Mass Media in the Post-Soviet World

Market Forces, State Actors, and Political Manipulation in the Informational Environment after Communism 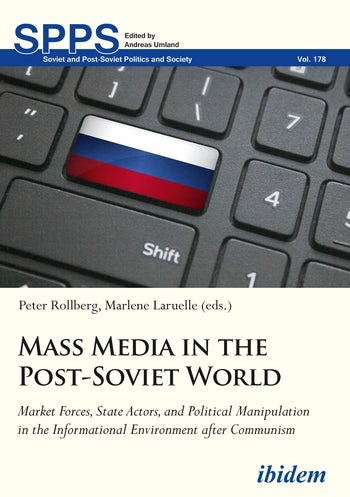 Mass Media in the Post-Soviet World

Market Forces, State Actors, and Political Manipulation in the Informational Environment after Communism

This collection covers the major trends of the media environment of the post-Communist world and their recent development, with special focus on Russia and the post-Soviet space. The term "media environment" covers not just traditional print and electronic media, but new media as well, and ranges from the political to entertainment and various artistic spheres. What role do market forces play in the process of media democratization, and how do state structures regulate, suppress, or use capitalism toward their own gain? What degree of informational pluralism has been achieved in the newly independent republics? What are the prospects for transparency and the participation of civil society in Russian and Eurasian media? To what degree do trends in post-Communist media reflect global trends? Is there a worldwide convergence with regard to both media formats and political messaging?

Mass Media in the Post-Soviet World is a truly remarkable new collection of essays addressing one of the most important questions in the post-Communist space―the role of mass media. With contributions from some of the foremost experts, the essays offer a deep and subtle analysis of problems and opportunities in the media sphere. Moreover, while the essays recognize the important role of Russian media in general and television in particular, they range much more broadly across the Soviet space, providing invaluable insight from around the region and from different media platforms. This is an exceptional collection that will be invaluable to anyone wanting to understand the politics and role of media in post-Soviet societies. Graeme Robertson, University of North Carolina at Chapel Hill

This book provides the best available analysis of the complexity of media ecologies in post-Soviet societies. Taking their analysis beyond the critique of the democratic deficit, contributors offer new insights into how a range of domestic and global factors converge to create new media models which combine governmental control with catering to diverse audiences. Vera Tolz, Sir William Mather Professor of Russian Studies, the University of Manchester, author of Nation, Ethnicity and Race on Russian Television

Peter Rollberg is professor of Slavic languages, film studies, and international affairs at George Washington University. He has been director of GWU’s Institute for European, Russian and Eurasian Studies (IERES) since 2012. Rollberg recently published a Historical Dictionary of Russian and Soviet Cinema (2016).

Marlene Laruelle is research professor of international affairs and associate director of IERES, as well as codirector of the Program on New Approaches to Research and Security in Eurasia at George Washington University. She edited Eurasianism and the European Far Right: Reshaping the Russia-Europe Relationship (2015) and coedited Between Europe and Asia: The Origins, Theories and Legacies of Russian Eurasianism (2015).