A Theory of Rationality 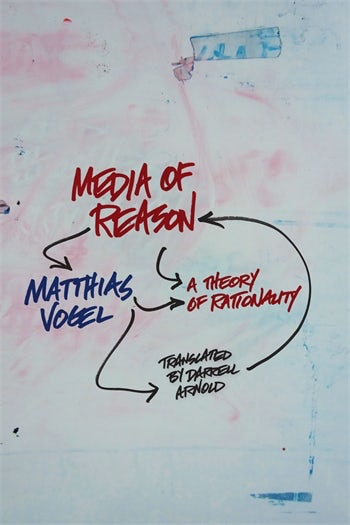 A Theory of Rationality

Matthias Vogel challenges the belief, dominant in contemporary philosophy, that reason is determined solely by our discursive, linguistic abilities as communicative beings. In his view, the medium of language is not the only force of reason. Music, art, and other nonlinguistic forms of communication and understanding are also significant. Introducing an expansive theory of mind that accounts for highly sophisticated, penetrative media, Vogel advances a novel conception of rationality while freeing philosophy from its exclusive attachment to linguistics.

Vogel's media of reason treats all kinds of understanding and thought, propositional and nonpropositional, as important to the processes and production of knowledge and thinking. By developing an account of rationality grounded in a new conception of media, he raises the profile of the prelinguistic and nonlinguistic dimensions of rationality and advances the Enlightenment project, buffering it against the postmodern critique that the movement fails to appreciate aesthetic experience.

Guided by the work of Jürgen Habermas, Donald Davidson, and a range of media theorists, including Marshall McLuhan, Vogel rebuilds, if he does not remake, the relationship among various forms of media—books, movies, newspapers, the Internet, and television—while offering an original and exciting contribution to media theory.

The strength of Matthias Vogel's investigation lies in its precision, and it nevertheless remains focused on a larger philosophical perspective. His book not only demands a careful reading but also, without any reservation, deserves one. Christoph Demmerling, University of Marburg

anyone interested in fundamental questions about the nature of mind, language, and rationality will find much of interest in this book. Jeffrey Flynn, Notre Dame Philosophical Reviews

Foreword
1. Introduction
2. What Are Media?
3. Toward a General Theory of Media
4. The Consequences for a Concept of Rationality
Notes
Bibliography
Index

Matthias Vogel holds a chair in theoretical philosophy at the University of Giessen, Germany, and studied philosophy and musicology at the University of Hamburg. Educated in both the continental and the analytic tradition, he completed his master's degree with an essay on Jürgen Habermas's theory of modernity. Vogel's research interests follow the philosophy of mind, semantics (especially theories of nonceptual content), and the theory of rationality and aesthetics (particularly the philosophy of music and the arts).

Darrell Arnold is assistant professor of philosophy at St. Thomas University in Miami and editor in chief of The Humanities and Technology Review. He has translated numerous books from German, including C. Matzavinos's Naturalistic Hermeneutics.