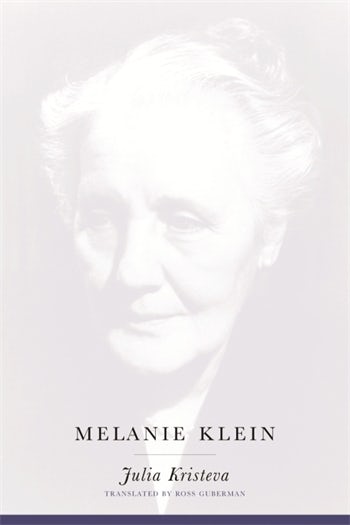 To the renowned psychoanalyst, philosopher, and linguist Julia Kristeva, Melanie Klein (1882–1960) was the most original innovator, male or female, in the psychoanalytic arena. Klein pioneered psychoanalytic practice with children and made major contributions to our understanding of both psychosis and autism. Along the way, she successfully introduced a new approach to the theory of the unconscious without abandoning the principles set forth by Freud. In her first biography of a fellow psychoanalyst, the prolific Kristeva considers Klein's life and intellectual development, weaving a narrative that covers the history of psychoanalysis and illuminates Kristeva's own life and work.

Kristeva tells the remarkable story of Klein's life: an unhappy wife and mother who underwent analysis, and—without a medical or other advanced degree—became an analyst herself at the age of 40. In examining her work, Kristeva proposes that Klein's "break" with Freud was really an attempt to complete his theory of the unconscious. Kristeva addresses Klein's numerous critics, and, in doing so, bridges the wide gulf between the clinical and theoretical worlds of psychoanalysis.

Klein is celebrated here as the first person to see the mother as the source of not only creativity, but of thought itself, and the first to consider the place of matricide in psychic development. As such, Klein is a seminal figure in the evolution of the provocative ideas about motherhood and the psyche for which Kristeva is most famous. Klein is thus, in a sense, a mother to Kristeva, making this book an account of the development of Kristeva's own thought as well as Klein's.

Not only is Kristeva superbly successful in this elaboration, but also I believe she is sometimes superior to Klein herself in the conceptual articulation of clinical insights. Aleksandar Dimitrijevic, Metapsychology

Introduction: The Psychoanalytic Century
1: Jewish Families, European Stories: A Depression and Its Aftermath
2: Analyzing Her Children: From Scandal to Play Technique
3: The Priority and Interiority of the Other and the Bond: The Baby Is Born with His Objects
4: Anxiety or Desire: In the Beginning Was the Death Drive
5: A Most Early and Tyrannical Superego
6: The Cult of the Mother or an Ode to Matricide? The Parents
7: The Phantasy as a Metaphor Incarnate
8: The Immanence of Symbolism and Its Degrees
9: From the Foreign Language to the Filigree of the Loyal and Disloyal
10: The Politics of Kleinianism

Julia Kristeva is an internationally known psychoanalyst and critic and is professor of linguistics at the University of Paris VII. She is the author of many highly regarded books published by Columbia in translation, including Hannah Arendt, Strangers to Ourselves, New Maladies of the Soul, Time and Sense, and The Sense and Non-Sense of Revolt.