The Education of a Young Poet 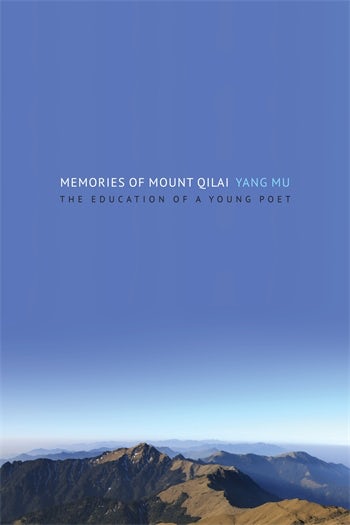 The Education of a Young Poet

Hualien, on the Pacific coast of eastern Taiwan, and its mountains, especially Mount Qilai, were deeply inspirational for the young poet Yang Mu. A place of immense natural beauty and cultural heterogeneity, the city was also a site of extensive social, political, and cultural change in the twentieth century, from the Japanese occupation and the American bombings of World War II to the Chinese civil war, the White Terror, and the Cold War.

Taken as a whole, these evocative and allusive autobiographical essays provide a personal response to history as Taiwan transitioned from a Japanese colony to the Republic of China. Yang Mu recounts his childhood experiences under the Japanese, life in the mountains in proximity to indigenous people as his family took refuge from the American bombings, his initial encounters and cultural conflicts with Nationalist soldiers recently arrived from mainland China, the subsequent activities of the Nationalist government to consolidate power, and the island's burgeoning new manufacturing society.

Nevertheless, throughout those early years, Yang Mu remained anchored by a sense of place on Taiwan's eastern coast and amid its coastal mountains, over which stands Mount Qilai like a guardian spirit. This was the formative milieu of the young poet. Yang Mu seized on verse to develop a distinct persona and draw meaning from the currents of change reshuffling his world. These eloquent essays create an exciting, subjective realm meant to transcend the personal and historical limitations of the individual and the end of culture, "plundered and polluted by politics and industry long ago."

Memories of Mount Qilai is a landmark in Taiwanese literature as well as in modern Chinese prose. It has reinvented the genre of literary autobiography by welding together a paean to the beauty of indigenous landscapes and peoples, a penetrating look at the social and political transformations in postwar Taiwan, an honest and moving bildungsroman, and, above all, a poetic language that is supple and sinewy at the same time. Written by one of the greatest poets writing in Chinese in our time, Memories of Mount Qilai is a Mount Everest in world literature. Michelle Yeh, University of California, Davis

Yang Mu is one of the greatest living poets in the Chinese language. His Memories of Mount Qilai is a key work in which he recounts his formative years in Hualien. Memory and identity are indelibly linked; subtle observations of inner states of mind and the outer world are captured in his neoclassicist, poetically charged prose. A classic of autobiographical writing from Taiwan. Göran Malmqvist, member of the Swedish Academy

From the pen of one of the foremost poets writing in Chinese today, Yang Mu's Memories of Mount Qilai plumbs the interior depths of the man and exterior highlights of his homeland, Taiwan. Its musings are at different times humorous, curious, sickened, and angry. No other book like it exists in modern Chinese, and as such it typifies the unique character of this fine author. Christopher Lupke, Washington State University

Beautifully rendered into English by the translation team of John and Yingtsih Balcom. This is an impressive feat considering that the power of Yang's prose emerges from its subtle descriptions and lyrical imagery. Taiwan Review

Yang Mu was born and raised in Taiwan. He taught for many years at the University of Washington, Seattle, and National Donghua University in Hualien. He currently divides his time between Seattle and Hualien. He is the author of more than two dozen prose and poetry collections, including On the Water Margin, Flower Season, Lantern Boat, and Legends, as well as the experimental verse drama, Wu Feng: A Play in Four Acts. He recently received the Newman Prize for Chinese Literature.

John Balcom teaches at the Monterey Institute of International Studies. Recent publications include Li Rui's Trees Without Wind and Grass Roots: Selected Poems of Xiang Yang. He is a past president of the American Literary Translators Association.

Yingtsih Balcom is a translator of Western and Chinese literature. She is a regular contributor to Taiwan Literature and has translated I. B. Singer's Shosha and coedited Indigenous Writers of Taiwan.