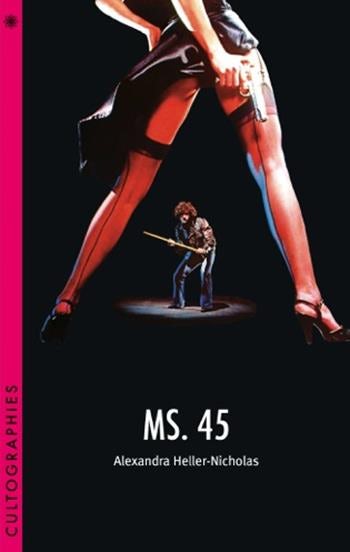 Despite its association with the broadly disparaged rape-revenge category, Abel Ferrara’s Ms. 45 is today considered one of the most significant feminist cult films of the 1980s. Straddling mainstream, arthouse, and exploitation film contexts, Ms. 45 is a potent case study for cult film analysis. At its heart lies two figures: Ferrara himself, and the movie's star, the iconic Zoe Lund, who would further collaborate with Ferrara on later projects such as Bad Lieutenant. This book explores the entwining histories and contexts that led to Ms. 45’s creation and helped establish its enduring legacy, particularly in terms of feminist cult film fandom, and the film’s status as one of the most important, influential, and powerful rape-revenge films ever made.
Acknowledgements
Introduction: Mea Culpa
1. Prima facie – Towards Ms. 45
2. Locus delecti – Watching Ms. 45
3. Modus operandi – After Ms. 45
4. Post mortem – Beyond Ms. 45
Notes
Bibliography
Index

Alexandra Heller-Nicholas is a film critic, writer, and academic from Melbourne, Australia, and a coeditor of the film journal Senses of Cinema.