A Tale of Memory and Longing 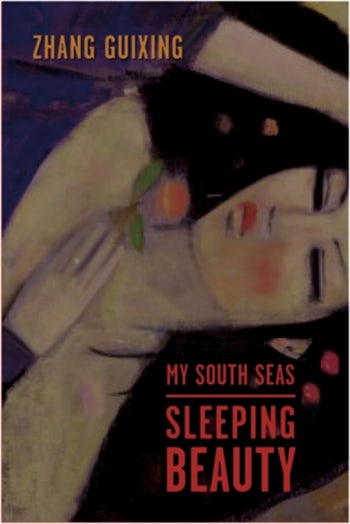 A Tale of Memory and Longing

My South Seas Sleeping Beauty is a captivating coming-of-age tale set in the magical jungles of Borneo. Told through the vivid recollections of a Chinese-Malay youth, the novel recounts the life of Su Qi, a troubled, sensitive son of a wealthy family, and exemplifies the imaginative range of one of Taiwan's most innovative writers.

"There were all sorts of stories about how my younger sister died," Su Qi begins, hinting at the power of memory to bend and refract truth. Yet whichever the real story may be, the fact is that the death of Su Qi's sister created an irrevocable rift in Su Qi's family, driving his father into the arms of aboriginal women and his mother into a world of her own invention.

In an effort to escape the oppression of home, Su Qi loses himself in the surrounding jungle, full of Communist guerillas and strange tropical fauna. The jungle further blurs the line between fantasy and reality for Su Qi, until he meets Chunxi, the beautiful, frail daughter of his father's best friend. Chunxi is an oasis of kindness and honesty in an otherwise cruel and evasive world, but after a bizarre accident, Chunxi falls into a deep coma, and Su Qui flees to Taiwan.

In college Su Qi meets Keyi, a vivacious siren who helps Su Qi forget not only his violent past but also the colorful tales of his youth. When a family member dies, however, Su Qi is pulled back to the jungles of Borneo where he begins to unravel the secrets of his family's past-a story stranger than any fairy tale-and learns that his cherished dream of awakening his beloved Chunxi may be more than just a fantasy.

Influenced by the lyricism of William Faulkner and the magical realism of Gabriel Garcia Marquez, My South Seas Sleeping Beauty is a deeply evocative exploration of sexuality and identity and a masterful reworking of Chinese and Western myth. Valerie Jaffee's careful translation retains all the tone and detail of the original work and provides rare access to a new and exciting generation of Chinese writers born in Southeast Asia.

Zhang Guixing is a Malaysian-Chinese author best known for a series of epic novels set in Borneo: Siren Song, The Clown Dynasty, Herds of Elephants, and The Primate Cup. His work has been the subject of extensive academic and popular discussion in Taiwan, where he continues to live and work as a high school English teacher. Valerie Jaffee is a translator with degrees from Harvard and Columbia University.