On the Ruins of European Identity 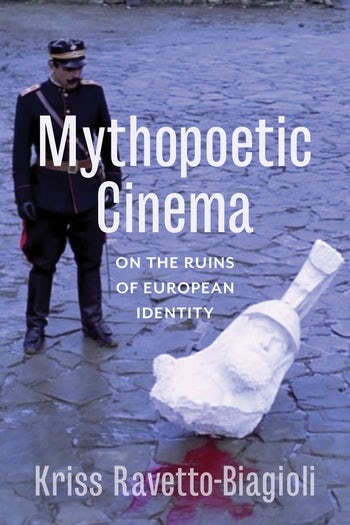 On the Ruins of European Identity

In Mythopoetic Cinema, Kriss Ravetto-Biagioli explores how contemporary European filmmakers treat mythopoetics as a critical practice that questions the constant need to provide new identities, a new Europe, and with it a new European cinema after the fall of the Soviet Union. Mythopoetic cinema questions the perpetual branding of movements, ideas, and individuals. Examining the work of Jean-Luc Godard, Alexander Sokurov, Marina Abramović, and Theodoros Angelopoulos, Ravetto-Biagioli argues that these disparate artists provide a critical reflection on what constitutes Europe in the age of neoliberalism. Their films reflect not only the violence of recent years but also help question dominant models of nation building that result in the general failure to respond ethically to rising ethnocentrism.

In close readings of such films as Sokurov's Russian Ark (2002) and Godard's Notre Musique (2004), Ravetto-Biagioli demonstrates the ways in which these filmmakers engage and evaluate the recent reconceptualization of Europe's borders, mythic figures, and identity paradoxes. Her work not only analyzes how these filmmakers thematically treat the idea of Europe but also how their work questions the ability of the moving image to challenge conventional ways of understanding history.

This brilliant book follows European cinema into the depths of the European psyche, illuminating the mental map of Europe, rethinking the modern mythology of Europe, and exploring especially the significance of Eastern Europe for the cultural crisis of European identity that attended the conclusion of the Cold War and still traumatizes the continent in the early twenty-first century. Larry Wolff, Julius Silver Professor of History at New York University and author of Inventing Eastern Europe

Borrowing a phrase she herself coined, one must acknowledge that Ravetto-Biagioli has written a ‘vertiginous history’ of the moving image. Just as she did in The Unmaking of Fascist Aesthetics, she guides us through unfamiliar perspectives, unrehearsed practices, audacious gestures, and remarkable works where cinema unthinks our certainties. An exquisite treat of great courage and clear-sightedness, Mythopoetic Cinema shows how Sokurov, Angelopoulos, Abramović, and Godard challenge the imagined, institutional, and philosophical construction of Europe in the aftermath of extraordinary, enduring violence. Ravetto-Biagioli’s readings are simply astonishing for their thoughtfulness and for the capacious vision and interpretative hospitality they offer. A vertiginous history, indeed. Gil Anidjar, Columbia University

Drawing attention to central European cinema of the last three decades, Ravetto-Biagioli explores films that are without happy resolution—disquieting and perplexing productions in which ethics, aesthetics, and politics are tightly knit. Through refreshingly close analysis of works of four very different artists, she shows how the ideology of European ‘identity,’ a myth of selfhood and appurtenance to a nation or community, is questioned and becomes fractured and pulverized. Along the way the reader marvels at the care and detail Ravetto-Biagioli brings to the works she analyzes. Mythopoetic Cinema is a study that will endure. Tom Conley, Abbott Lawrence Lowell Professor, Harvard University

In its exemplary control and overarching brilliance this is probably the best study so far about how Europe is imaged and rethought in recent film. Choice

Acknowledgments
Introduction
1. Floating on the Borders of Europe: Aleksandr Sokurov's Russian Ark
2. O Megalexandros: Falling In and Out of Dreams
3. In Balkan: Marina Abramović and the Politics of the Suffering Body
4. Notre Musique: On the Ruins of the Divine
Epilogue: The Politics of Confrontation
Notes
Bibliography
Index

Kriss Ravetto-Biagioli is professor of cinema and digital media and of science and technology studies at the University of California, Davis. She is the author of The Unmaking of Fascist Aesthetics (2001).