Chinese Philosophy in the Contemporary World: A Festschrift in Honour of Donald J. Munro

Edited by Yanming An and Brian J. Bruya 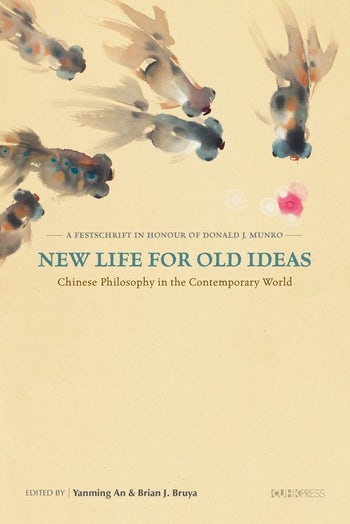 Chinese Philosophy in the Contemporary World: A Festschrift in Honour of Donald J. Munro

Edited by Yanming An and Brian J. Bruya

Over five decades, Donald J. Munro has been one of the most important voices in sinological philosophy. Among other accomplishments, his seminal book The Concept of Man in Early China influenced a generation of scholars. His rapprochement with contemporary cognitive and evolutionary science helped bolster the insights of Chinese philosophers, and set the standard for similar explorations today. In this festschrift volume, students of Munro and scholars influenced by him celebrate Munro’s body of work in essays that extend his legacy, exploring their topics as varied as the ethics of Zhuangzi’s autotelicity, the teleology of nature in Zhu Xi, and family love in Confucianism and Christianity. Essays also reflect on Munro’s mentorship and his direct intellectual influence. Through their breadth, analytical excellence, and philosophical insight, the essays in this volume exemplify the spirit of intellectual inquiry that marked Donald Munro’s career as scholar and teacher.

Munro was more than an intellectual mentor... [He] has been an unfailing source of wisdom, inspiration, and support. Robert Eno, Indiana University

Munro was unstinting with his praise and encouragement of all my forays into maverick topics and along almost heretical lines of thought about Chinese philosophy. His hallmark as a teacher was the absence of an official ideology and an open and welcoming tolerance to differences of opinion. Chad Hansen, The University of Hong Kong

Yanming An is professor of Chinese and philosophy at Clemson University. He is the author of The Idea of Cheng (Sincerity/Reality) in the History of Chinese Philosophy (2008).

Brian J. Bruya is professor in the Department of History and Philosophy at Eastern Michigan University and center associate in the University of Michigan’s Lieberthal-Rogel Center for Chinese Studies.