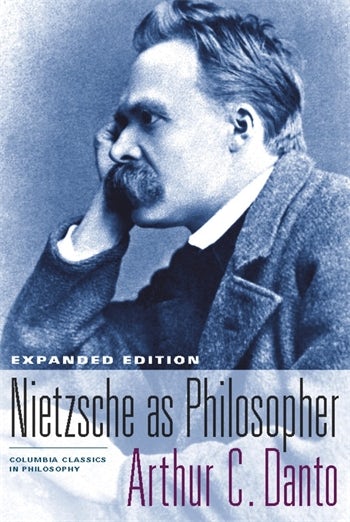 Few philosophers are as widely read or as widely misunderstood as Friedrich Nietzsche. When Danto's classic study was first published in 1965, many regarded Nietzsche as a brilliant but somewhat erratic thinker. Danto, however, presented a radically different picture, arguing that Nietzsche offered a systematic and coherent philosophy that anticipated many of the questions that define contemporary philosophy. Danto's clear and insightful commentaries helped canonize Nietzsche as a philosopher and continue to illuminate subtleties in Nietzsche's work as well as his immense contributions to the philosophies of science, language, and logic.

This new edition, which includes five additional essays, not only further enhances our understanding of Nietzsche's philosophy; it responds to the misunderstandings that continue to muddy his intellectual reputation. Even today, Nietzsche is seen as everything from a precursor of feminism and deconstruction to a prophetic writer and spokesperson for disgruntled teenage boys. As Danto points out in his preface, Nietzsche's writings have purportedly inspired recent acts of violence and school shootings. Danto counters these misreadings by elaborating an anti-Nietzschian philosophy from within Nietzsche's own philosophy "in the hope of disarming the rabid Nietzsche and neutralizing the vivid frightening images that have inspired sociopaths for over a century."

The essays also consider specific works by Nietzsche, including Human, All Too Human and The Genealogy of Morals, as well as the philosopher's artistic metaphysics and semantical nihilism.

With skill and discernment Danto reveals the important strands of Nietzsche's wildly tangled skein and weaves them into a pattern. New York Times Book Review

Preface to the Expanded Edition
Preface to the Morningside Edition
Original Preface
Nietzsche as Philosopher
1. Philosophical Nihilism
2. Art and Irrationality
3. Perspectivism
4. Philosophical Psychology
5. Moralities
6. Religious Psychology
7. Ubermensch and Eternal Recurrence
8. The Will-to-Power
9. Nachwort
Afterwords
1. The Tongues of Angels and Men: Nietzsche as Semantical Nihilist
2. A Comment on Nietzsche's "Artistic Metaphysics"
3. Beginning to be Nietzsche: On Human, All Too Human
4. Nietzsche's Daybreak: Thoughts on the Prejudices of Morality
5. Some Remarks on The Genealogy of Morals

Arthur Danto is the Emeritus Johnsonian Professor of Philosophy at Columbia University. He is the art critic for The Nation and has served as president of the American Philosophical Association. His many books include The Philosophical Disenfranchisement of Art; After the End of Art; The Madonna of the Future: Essays in a Pluralistic Art World; and Art in the Historical Present, which won the National Book Critics Circle Award.