Orhan Pamuk and the Good of World Literature 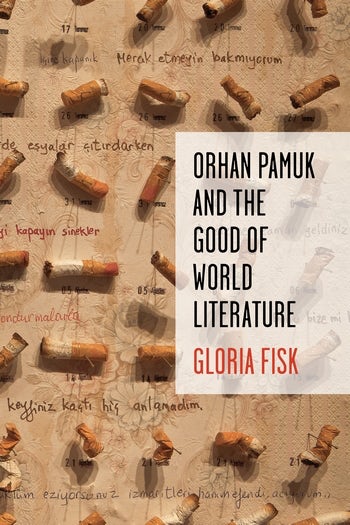 Orhan Pamuk and the Good of World Literature

When Orhan Pamuk won the Nobel Prize for Literature in 2006, he was honored as a builder of bridges across a dangerous chasm. By rendering his Turkish characters and settings familiar where they would otherwise seem troublingly foreign, and by speaking freely against his authoritarian state, he demonstrated a variety of literary greatness that testified also to the good literature can do in the world.

Gloria Fisk challenges this standard for canonization as “world literature” by showing how poorly it applies to Pamuk. Reading the Turkish novelist as a case study in the ways Western readers expand their reach, Fisk traces the terms of his engagement with a literary market dominated by the tastes of its Anglophone publics, who received him as a balm for their anxieties about Islamic terrorism and the stratifications of global capitalism. Fisk reads Pamuk’s post-9/11 novels as they circulated through this audience, as rich in cultural capital as it is far-flung, in the American English that is global capital’s lingua franca. She launches a polemic against Anglophone readers’ instrumental use of literature as a source of crosscultural understanding, contending that this pervasive way of reading across all manner of borders limits the globality it announces, because it serves the interests of the Western cultural and educational institutions that produce it. Orhan Pamuk and the Good of World Literature proposes a new way to think about the uneven processes of translation, circulation, and judgment that carry contemporary literature to its readers, wherever they live.

Gloria Fisk has written an important and challenging book. Using the work and career of Orhan Pamuk, she has set out to understand the complex and not always benign forces that go into the making of a worldwide literary superstar. Not for or against Pamuk, this book is with him in his attempt to enter the gates of the Western canon without at the same time losing his soul. Keith Gessen, cofounding editor of n + 1

Orhan Pamuk and the Good of World Literature unrelentingly probes what it means to think of the literary as a vehicle of political good, to assume that reading a novel about far-off places promotes empathy, and to valorize select writers as translators of alien worlds, even as their works circulate only in English in the West. Showing what it means to read a writer like Orhan Pamuk as a bridge between East and West, Fisk highlights the risks of transporting a U.S. multicultural logic to the globe, insisting that the Anglo-American academy is complicit in the very hegemony it seeks to critique. Yogita Goyal, University of California, Los Angeles

In this forcefully argued book, Gloria Fisk defends Orhan Pamuk—and other writers of world literature—from nationalists who brand them as traitors and academics who cling to reading in the original. It is a book that tackles the question of literature in our time. Martin Puchner, Harvard University

In Orhan Pamuk and the Good of World Literature, Gloria Fisk offers a case study of the oeuvre and persona of Turkish writer Orhan Pamuk. Erik Noonan, Rain Taxi Review

Gloria Fisk is an associate professor at Queens College, CUNY. Her work has been published in New Literary History, n+1, and The American Reader, among other places.