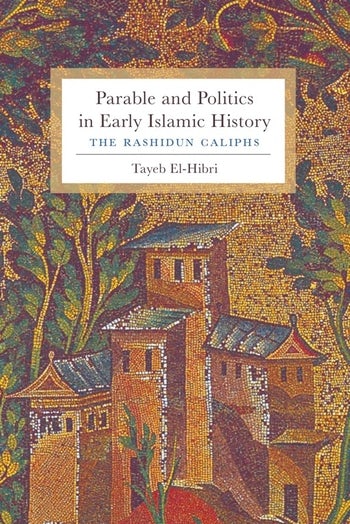 The story of the succession to the Prophet Muhammad and the rise of the Rashidun Caliphate (632-661) is familiar to historians from the political histories of medieval Islam, which treat it as a factual account. The story also informs the competing perspectives of Sunni and Shi'i Islam, which read into it the legitimacy of their claims. Yet while descriptive and varied, these approaches have long excluded a third reading, which views the conflict over the succession to the Prophet as a parable. From this vantage point, the motives, sayings, and actions of the protagonists reveal profound links to previous texts, not to mention a surprising irony regarding political and religious issues.

In a controversial break from previous historiography, Tayeb El-Hibri privileges the literary and artistic triumphs of the medieval Islamic chronicles and maps the origins of Islamic political and religious orthodoxy. Considering the patterns and themes of these unified narratives, including the problem of measuring personal qualification according to religious merit, nobility, and skills in government, El-Hibri offers an insightful critique of both early and contemporary Islam and the concerns of legitimacy shadowing various rulers. In building an argument for reading the texts as parabolic commentary, he also highlights the Islamic reinterpretation of biblical traditions, both by Qur'anic exegesis and historical composition.

Awe-inspiring erudition and a discerning eye for intertextual associations guide Tayeb El-Hibri's brilliant dissection of early Islamic political narratives. Once exposed to this methodology, readers will have difficulty accepting innocent 'factual' readings of even the most straightforward seeming accounts. Richard Bulliet, Columbia University, author of Cotton, Climate, and Camels in Early Islamic Iran: A Moment in World History

El-Hibri advances a rich, provocative reading of events following the death of Muhammad and the careers of the first four caliphs. Choice

An invigorating new reading of the story of the early Islamic succession to the Prophet Muhammad. Islam and Christian-Muslim Relations

An important, innovative, and particularly rich book, which promises to become a basic reference work for any scholar working on Islam's origins. Journal of the American Oriental Society

A must-read for all serious students of early Islamic history...a marvelously challenging, provocative, and erudite rereading of this period and its sources. Der Islam

Preface
1. Introduction
2. Abu Bakr: The Moment of Confirmation
3. 'Umar b. al-Khattab: A Saga of Law and Conquest
4. 'Uthman: The Challenge of Innovation
5. The Road to Civil War: Issues and Boundaries
6. 'Ali: In the Image of the Prophets
7. From Caliphate to Kingship: 'Umar's Reign and Future Changes
8. Conclusion
Appendix 1. Abu Mikhnaf's Account of the Saqifa of Banu Sa'ida
Appendix 2. The Succession to 'Umar
Appendix 3. Manushihr's Declaration
Notes
Glossary
Bibliography
Index

Tayeb El-Hibri is professor of Near Eastern studies at the University of Massachusetts, Amherst, and author of Reinterpreting Islamic Historiography: Harun al-Rashid and the Narrative of the ʿAbbasid Caliphate (1999).