William Wells Brown and the Aesthetic of Attractions 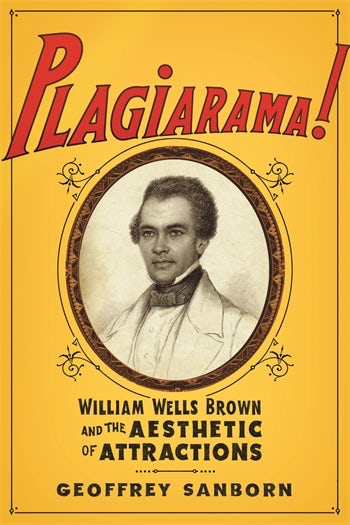 William Wells Brown and the Aesthetic of Attractions

William Wells Brown (1814–1884) was a vocal abolitionist, a frequent antagonist of Frederick Douglass, and the author of Clotel, the first known novel by an African American. He was also an extensive plagiarist, copying at least 87,000 words from close to 300 texts. In this critical study of Brown's work and legacy, Geoffrey Sanborn offers a novel reading of the writer's plagiarism, arguing the act was a means of capitalizing on the energies of mass-cultural entertainments popularized by showmen such as P. T. Barnum. By creating the textual equivalent of a variety show, Brown animated antislavery discourse and evoked the prospect of a pleasurably integrated world.

Brown's key dramatic protagonists were the "spirit of capitalization"—the unscrupulous double of Max Weber's spirit of capitalism—and the "beautiful slave girl," a light-skinned African American woman on the verge of sale and rape. Brown's unsettling portrayal of these figures unfolded within a riotous patchwork of second-hand texts, upset convention, and provoked the imagination. Could a slippery upstart lay the groundwork for a genuinely interracial society? Could the fetishized image of a not-yet-sold woman hold open the possibility of other destinies? Sanborn's analysis of pastiche and plagiarism adds new depth to the study of nineteenth-century culture and the history of African American literature, suggesting modes of African American writing that extend beyond narratives of necessity and purpose, characterized by the works of Frederick Douglass and others.

This deftly researched and compellingly written account reminds the reader of [William Wells] Brown's power as a writer, and resituates him as both an important antiracist thinker in the Civil War era and a powerful writer who is part of the narrative of 19th-century American culture.... Recommended. Choice

A dynamic, original discussion about plagiarism and the self-multiplying discursive aesthetics of William Wells Brown. The ALH Online Review

Plagiarama! is an important new book that, in addition to this game-changing information, offers a provocative and celebratory reading of Brown’s texts and personae. MELUS

Sanborn is indispensable for the thoroughness of his examination of [William Wells Brown's] plagiarism. In the appendices to Plagiarama! Sanborn catalogs every case of lifted language and every boosted bit of prose, noting the original source and the total number of words taken. Gordon Fraser, American Literature

Introduction
1. Plagiarama!
2. The Spirit of Capitalization
3. The Aesthetic of Attractions
4. The Beautiful Slave Girl
5. The Sound of Fame
Appendix A: Plagiarism in Brown's Works
Appendix B: Bibliography of Plagiarized Works
Notes
Index

Geoffrey Sanborn is Henry S. Poler ’59 Presidential Teaching Professor of English at Amherst College. His books include The Sign of the Cannibal: Melville and the Making of a Postcolonial Reader (1998) and Whipscars and Tattoos: “The Last of the Mohicans,” “Moby-Dick,” and the Maori (2011).