Playing to the Camera 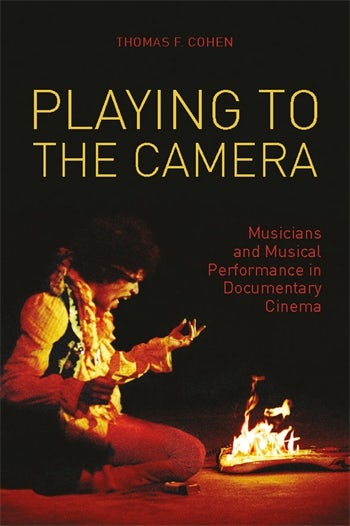 Playing to the Camera

Playing to the Camera is the first full-length study devoted to the musical performance documentary. Its scope ranges from rock concert films to experimental video art featuring modernist music. Unlike the 'music under' produced for films by unseen musicians, on-screen 'live' performances show us the bodies that produce the sounds we hear. Exploring the link between moving images and musical movement as physical gesture, this volume asks why performance is so often derided as mere skill whereas composition is afforded the status of art, a question that opens onto a broader critique of attitudes regarding mental and physical labor in Western culture.

This interestingly conceived and well-annotated book managed to change the way I looked at and perceived musical performance captured on film. Cynthia Close, Documentary Magazine

Preface
Introduction: In Praise of Performance
1. Cool Jazz, Hot Jazz and Hard Bop on a Summer's Day
2. Wild Guitarists and Spastic Singers: Virtuosic Performance on Film
3. Direct Cinema, Rock's Public Persona and the Emergence of the Rock Star
4. Instrumental Technique and Facial Expression On Screen
5. Free Jazz Meets Independent Film: Shirley Clarke's Ornette: Made in America
6. 'I'm Looking at Them and They're Looking at Me': Observation and Communication in Sex Pistols: Live at the Longhorn
Conclusion: Simple Gestures and Smooth Spaces in Robert Cahen's Boulez-Repons
Bibliography
Index

Thomas F. Cohen teaches in the Communication Department at the University of Tampa. He has published on broadcasting and film, documentary cinema, and audiovisual technology.