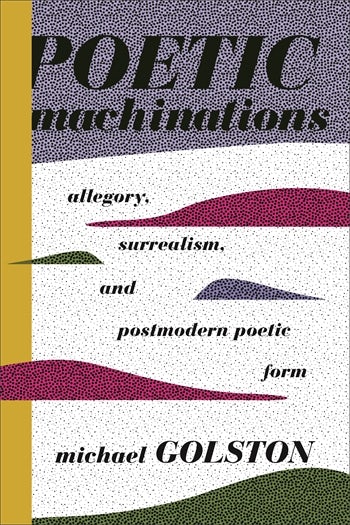 The shape, lineation, and prosody of postmodern poems are extravagantly inventive, imbuing both form and content with meaning. Through a survey of American poetry and poetics from the end of World War II to the present, Michael Golston traces the proliferation of these experiments to a growing fascination with allegory in philosophy, linguistics, critical theory, and aesthetics, introducing new strategies for reading American poetry while embedding its formal innovations within the history of intellectual thought.

Beginning with Walter Benjamin's explicit understanding of Surrealism as an allegorical art, Golston defines a distinct engagement with allegory among philosophers, theorists, and critics from 1950 to today. Reading Fredric Jameson, Angus Fletcher, Roland Barthes, and Craig Owens, and working with the semiotics of Charles Sanders Pierce, Golston develops a theory of allegory he then applies to the poems of Louis Zukofsky and Lorine Niedecker, who, he argues, wrote in response to the Surrealists; the poems of John Ashbery and Clark Coolidge, who incorporated formal aspects of filmmaking and photography into their work; the groundbreaking configurations of P. Inman, Lyn Hejinian, Myung Mi Kim, and the Language poets; Susan Howe's "Pierce-Arrow," which he submits to semiotic analysis; and the innovations of Craig Dworkin and the conceptualists. Revitalizing what many consider to be a staid rhetorical trope, Golston positions allegory as a creative catalyst behind American poetry's postwar avant-garde achievements.

Infectiously interesting, Poetic Machinations is useful both as a survey of critical claims for allegory and as a practical guide for reading the challenges of contemporary poetry. Bob Perelman, University of Pennsylvania

Clark Coolidge's photographic meta-process, Lyn Hejinian's alphabet, Susan Howe's Peirce, what Lorine Niedecker learned from Surrealism, what language writers learned from Czech and Russian Formalism, what Craig Dworkin learned from everyone-- Golston's provocative, ambitious, learned, and useful study unifies these discoveries under the banner of allegory, a term capacious enough to include many ways that Golston's challenging present-day writers highlight the invention, the arbitrariness, and yet the continuing meaningfulness, of their estranged, and yet explicable, forms. If you care for those writers-- and I do-- you will be glad you read Golston's book. Stephen Burt, Harvard University, author of Close Calls with Nonsense: Reading New Poetry

Poetic Machinations demonstrates that, from 1930s Objectivism to 2010s Conceptualism, poets have written allegorically, that is, taken metaphors--writing as photography, history as assembly line, colonial politics as printing press--and turned them into 'systematic procedures for formal composition.' Golston reassesses marquee names such as John Ashbery, Lyn Hejinian, Susan Howe, and Myung Mi Kim, and he excels when analyzing 'formally extreme' poetry by Clark Coolidge and P. Inman. He twists the kaleidoscope and, suddenly, much writing that seemed illegible becomes pellucid. Brian Reed, University of Washington

Michael Golston is an associate professor of English and comparative literature at Columbia University. He is the author of Rhythm and Race in Modernist Poetry and Science, which won the Louis Martz Prize.