Red Bloods, Mollycoddles, and the Politics of Progressive Era Reform 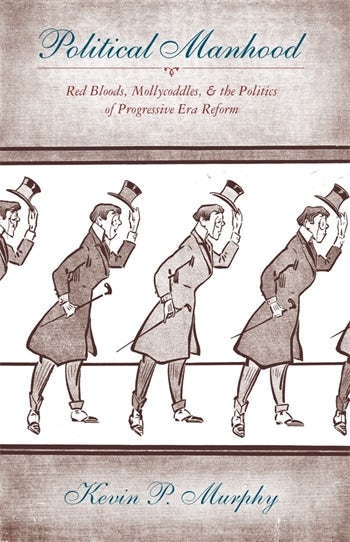 Red Bloods, Mollycoddles, and the Politics of Progressive Era Reform

In a 1907 lecture to Harvard undergraduates, Theodore Roosevelt warned against becoming "too fastidious, too sensitive to take part in the rough hurly-burly of the actual work of the world." Roosevelt asserted that colleges should never "turn out mollycoddles instead of vigorous men," and cautioned that "the weakling and the coward are out of place in a strong and free community."

A paradigm of ineffectuality and weakness, the mollycoddle was "all inner life," whereas his opposite, the "red blood," was a man of action. Kevin P. Murphy reveals how the popular ideals of American masculinity coalesced around these two distinct categories. Because of its similarity to the emergent "homosexual" type, the mollycoddle became a powerful rhetorical figure, often used to marginalize and stigmatize certain political actors. Issues of masculinity not only penetrated the realm of the elite, however. Murphy's history follows the redefinition of manhood across a variety of classes, especially in the work of late nineteenth-century reformers, who trumpeted the virility of the laboring classes.

By highlighting this cross-class appropriation, Murphy challenges the oppositional model commonly used to characterize the relationship between political "machines" and social and municipal reformers at the turn of the twentieth century. He also revolutionizes our understanding of the gendered and sexual meanings attached to political and ideological positions of the Progressive Era.

In shifting the examination of Progressive reform back from the terrain of voting and office-holding to that of gender and sexuality, Political Manhood makes a major contribution to our understanding of American political history. Ruth Crocker, Historian

An engaging historical investigation into the negative application of homophobic rhetoric against those deemed political enemies.... A must read. Jay Hatheway, Journal of American History

To understand fully the political shifts in the early twentieth century, or to flesh our gender and sexual identity in this time, this book will serve all of these purposes, and more. Men & Masculinities

This clearly written and cleanly argued gem of a gendered political history examines the 'historical connections between categories of gender and sexuality and American political culture' Thomas A. Foster, H-Histsex

Acknowledgments
Introduction
1. Of Mugwumps and Mollycoddles: Patronage and the Political Discourse of the "Third Sex"
2. The Tammany Within: Good Government Reform and Political Manhood
3. White Army in the White City: Civic Militarism, Urban Space, and the Urban Populace
4. Socrates in the Slums: "Social Brotherhood" and Settlement House Reform
5. Daddy George and Tom Brown: Sexual Scandal, Political Manhood, and Self-Government
Reform
6. The Problem of the Impracticables: Sentimentality, Idealism, and Homosexuality
Epilogue: Red Bloods and Mollycoddles in the Twentieth Century and Beyond
Notes
Bibliography
Index

Kevin P. Murphy is associate professor of history at the University of Minnesota.