The Tyranny of Authenticity and the Rise of Populism 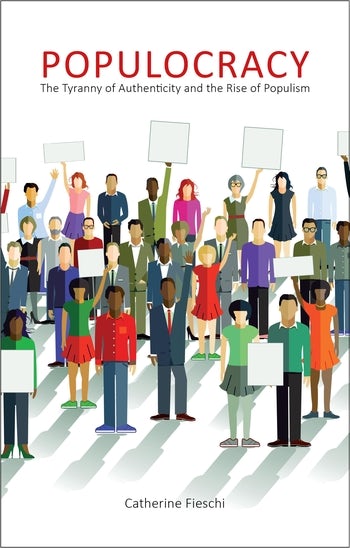 The Tyranny of Authenticity and the Rise of Populism

Populism, or the political ideology that pits the people against elites, has become a significant feature of mature democracies in the twenty-first century. The rise of populist parties on the right and the left, that appeal to a broad electorate—variously described as “disillusioned”, “left behind,” or “just about managing”—is proving a powerful and disruptive force. Commentators have been quick to explain the success of parties such as UKIP and France’s National Front and the election of Donald Trump as the appeal of populism.

In this book, Catherine Fieschi looks beyond definitional issues to examine why populism and populist parties have become a feature of our politics. Populism's appeal, she argues, needs to be understood as a response to the fundamental reshaping of our political, economic, and social spheres through globalization and the digital revolution. She shows how new dynamics unleashed by social media—the fantasy of radical transparency, the demand for immediacy, the rejection of expert truth and facts, and the imperative of continuous involvement—have been harnessed by populism, enabling it to make inroads into the political landscape that hitherto would have been unreceptive.

Catherine Fieschi is founder and executive director of Counterpoint, a London-based consultancy on social and cultural dynamics. She was previously director of research at the British Council and director of the leading think tank Demos. She is a senior research fellow at the Institute for Global Prosperity, University College London and a senior fellow of the London School of Economics. Her books include Fascism, Populism and the French Fifth Republic.