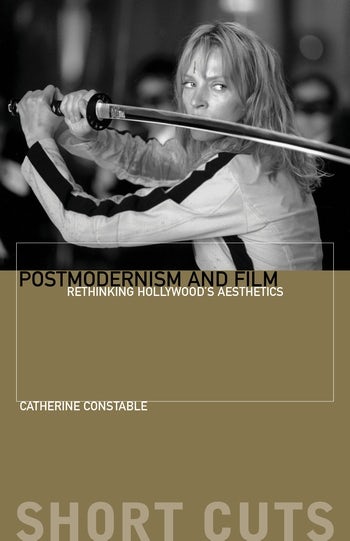 This volume focuses on postmodern film aesthetics and contemporary challenges to the aesthetic paradigms dominating analyses of Hollywood cinema. It explores conceptions of the classical, modernist, post-classical/new Hollywood, and their construction as linear history of style in which postmodernism forms a debatable final act. This history is challenged by using Jean-François Lyotard's non-linear conception of postmodernism in order to view postmodern aesthetics as a paradigm that can occur across the history of Hollywood. This study also explores 'nihilistic' theorists of the postmodern, Jean Baudrillard and Frederic Jameson, and 'affirmative' theorists, notably Linda Hutcheon, charting the ways in which the latter provide the means to conceptualize nuanced and positive variants of postmodern aesthetics and deploying them in the analysis of Hollywood films, including Bombshell, Sherlock Junior, and Kill Bill.
Acknowledgements
Introduction
1. Classical/Post-classical/Postmodern
2. Nihilistic Postmodernisms
3. Affirmative Postmodernisms
Conclusion
Bibliography
Index

Catherine Constable is associate professor of film and television studies at the University of Warwick. She is the author of Adapting Philosophy: Jean Baudrillard and the Matrix Trilogy and Thinking in Images: Film Theory, Feminist Philosophy, and Marlene Dietrich.