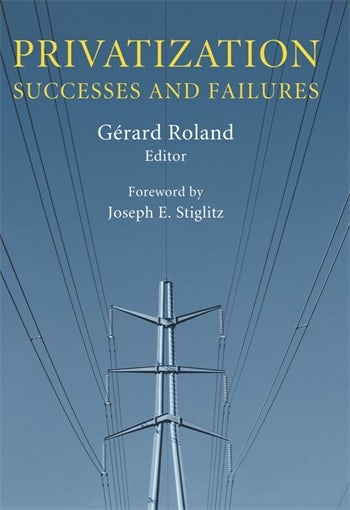 The privatization of large state-owned enterprises is one of the most radical policy developments of the last quarter century. Right-wing governments have privatized in an effort to decrease the size of government, while left-wing governments have privatized either to compensate for the failures of state-owned firms or to generate revenues. In this way, privatization has spread from Europe to Latin America, from Asia to Africa, reaching its zenith with Central and Eastern Europe's transition from socialism to capitalism.

In many countries state ownership has been an important tool in bringing cheap water, energy, and transport to poorer segments of the population. In other instances, it has sponsored aggressive cutbacks, corruption, and cronyism. Privatization: Successes and Failures evaluates the practices and results of privatization in Eastern Europe, Africa, Latin America, and Asia. Featuring the world's leading economists and experts on privatization, this volume offers a broad and balanced analysis of specific privatization projects and uncovers some surprising trends. Partial privatization, for example, tends to be more widespread than one might think, and the effects of privatization on efficiency are generally mixed but rarely negative. Also, while privatization appears uncontroversial in competitive sectors, it becomes increasingly complex in more monopolistic sectors where good regulation is crucial. Privatization concludes with alternative frameworks for countries in Africa and other regions that seek to develop privatization policy and programs.

This book should be compulsory reading. Paul Sweeney, Irish Times

Gérard Roland is professor of economics and political science at the University of California, Berkeley. A leading expert in the field of transition economics and institutional change, he is the author of Transition and Economics: Politics, Markets, and Firms.

Joseph E. Stiglitz is University Professor at Columbia University and former chief economist and senior vice president of the World Bank. Among his books are Escaping the Resource Curse and Globalization and Its Discontents, which has been translated into twenty-eight languages. In 2001 he was awarded the Nobel Prize in economics.