I. Q. Hunter and Jamie Sherry 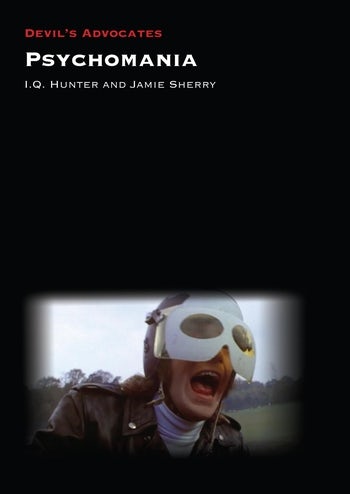 I. Q. Hunter and Jamie Sherry

Psychomania (also known as The Death Wheelers, 1973), a zombie biker horror film directed by Don Sharp and written by two blacklisted American screenwriters, Arnaud d'Usseau and Julian Halevy [Zimet], is a summit of British trash cinema. A throwaway movie, quickly made but not (to the chagrin of the cast) quickly forgotten when caught on late night TV, it is a succession of wonderfully photogenic moments that defy conventional categories of good and bad film-making and an exercise in unwitting Surrealism.

This Devil's Advocate revives the living dead once again. Drawing on archive materials and interviews, it covers the film's production, reception and cult afterlife on TV, video and the internet, as well as setting it in the context of the British horror film and comprehensively analyzing its rich political and psychogeographical subtexts. It covers the film's production and afterlife and is the first guide to cover one of Britain's most unforgettable cult horror films.

I. Q. Hunter is professor of film studies at De Montfort University, Leicester. He is the author of British Trash Cinema (2013) and Cult Film as a Guide to Life (2016), editor of British Science Fiction Cinema (1999), and coeditor of eleven books, including The Routledge Companion to British Cinema History (2017).

Jamie Sherry is a reader in English at De Montfort University, coeditor of the Journal of Screenwriting and co-chair of the Association of Adaptation Studies, and is currently completing the monograph Screenwriting Film Adaptations: The History, Practice and Theory of the Adapted Screenplay (2018).