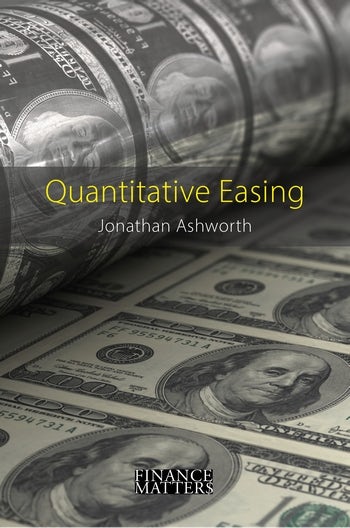 Before the Great Financial Crisis of 2008–09, significant reductions in official interest rates in developed economies, often alongside fiscal stimulus, typically proved sufficient to generate sustainable economic recoveries from downturns. The exception was Japan, which despite rock bottom interest rates and fiscal stimulus, experienced a "lost decade" of growth and deflation after the bursting of its massive real estate and stock market bubbles in 1989. In 2001 the Bank of Japan embarked on a new policy, which switched from targeting the price of money (interest rates) to the quantity of reserves it held – quantitative easing (QE).

This book offers a thorough and perspicacious analysis of QE, what has become a recovery method of last resort, and will be essential reading for anyone wanting to understand central banking’s role in the national economy. The crisis of 2008–09 pushed policy-makers in a number of developed economies to embark on large programmes of QE that were implemented intermittently over several years. Whilst it was successful in stimulating growth, it remains controversial and continues to promote widespread debate in economics, financial and political economy circles. Not least because, with interest rates still at, or close to, the zero-bound in most countries and the economic expansions in some countries now becoming relatively mature, it is likely to be a key tool when the next major slowdown emerges.

Jonathan Ashworth is an independent economist. He has previously worked as an economist at Morgan Stanley, Barclays and for the UK Treasury.