Race and the Undeserving Poor

From Abolition to Brexit 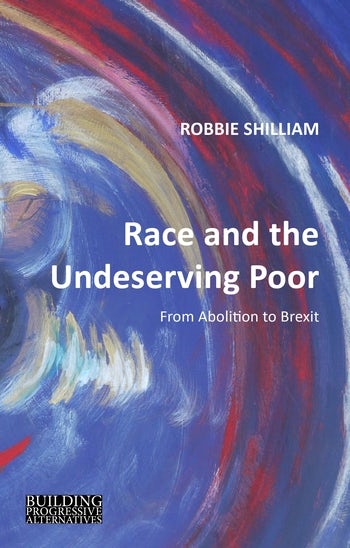 Race and the Undeserving Poor

From Abolition to Brexit

Over recent years, British tabloid readers have become familiar with the concept of the “white working class,” and those who have been “left behind” by the metropolitan elites in their multicultural enclaves of the south. Such sentiments were weaponized by politicians on all sides of the political spectrum to fuel the anti-immigrant rhetoric of the Brexit campaign. This racialized narrative has emerged again and again in mature democracies—in the political campaigns of Trump, Le Pen, and others—and continues to gain traction and legitimacy in the guise of economic nationalism and populism.

This book examines the historical development over the past two hundred years of a shifting postcolonial settlement in which the racialization of the “deserving” and “undeserving” poor persists, and through which the white working class emerges. By situating his analysis within a postcolonial genealogy of British empire, Shilliam shows that the white working class is not an indigenous constituency, but a product of the struggles to consolidate and defend British imperial order that have shaped British society since the abolition of slavery. The book warns that by re-racializing the deserving poor as white, the political class is risking the well-being of all working classes and undermining any progress towards a multicultural Britain.

Politically uncertain times require rigorous and judicious scholarship and, with this superbly argued book, Robbie Shilliam provides just that. The UK’s vote to leave the European Union has prompted a reconsideration of ideas of (national) belonging and of class. Shilliam eviscerates standard accounts that seek to locate the emergence of the ‘white working class’ in national terms and presents a brilliantly compelling account of why this emergence is better understood in terms of the postcolonial genealogy of British empire. A vital, necessary book to make sense of our present. Gurminder K. Bhambra, professor of postcolonial and decolonial studies, University of Sussex

Robbie Shilliam is professor in the department of political science at Johns Hopkins University. His most recent book, The Black Pacific: Anticolonial Struggles and Oceanic Connections was published in 2015.