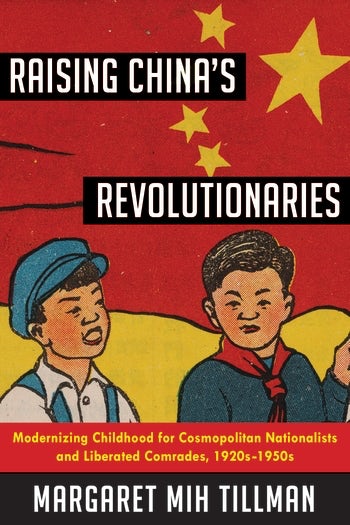 In Raising China’s Revolutionaries, Margaret Mih Tillman offers a novel perspective on the political and scientific dimensions of experiments with early childhood education from the early Republican period through the first decade of the People’s Republic. She traces transnational advocacy for child welfare and education, examining Christian missionaries, philanthropists, and the role of international relief during World War II. Tillman provides in-depth analysis of similarities and differences between Nationalist and Communist policy and cultural notions of childhood. While both Nationalist and Communist regimes drew on preschool institutions to mobilize the workforce and shape children’s political subjectivity, the Communist regime rejected the Nationalists’ commitment to the modern, bourgeois family. With new insights into the roles of experts, the cultural politics of fundraising, and child welfare as a form of international exchange, Raising China’s Revolutionaries is an important work of institutional and transnational history that illuminates the evolution of modern concepts of childhood in China.

Margaret Tillman has written an excellent book. Raising China's Revolutionaries demonstrates how policies regarding childcare and child welfare were central to the formation of the modern Chinese state, and suggests how the mobilization and deployment of aid and care facilitated elite professionalization and formation of a range of social institutions that had lasting relevance. The book promises to intervene with great impact in a number of different historiographical debates in the China field and global history more broadly. Robert Culp, Bard College

Since the late Qing there had been a general belief among Chinese revolutionaries and reformers that China’s modernization must begin with the construction of a modern childhood. As a result, a great variety of ideas and institutions were proposed and developed in the realm of child education from the 1930s to the 1950s. This book, Raising China’s Revolutionaries, is a rigorous and vivid account of this important historical development based on the author’s comprehensive and penetrating study of the numerous archival and other primary sources as well as her personal experiences as a visiting preschooler in the Chinese system. Ying-shih Yu, Professor Emeritus, Princeton University, co-winner of the John W. Kluge Prize and the inaugural winner of the Tang Prize

Tillman writes for her peers, and she displays incredible command of the historiography on which she draws. Her rich and deft incorporation of insights from the wider field shows that research on childhood is intimately connected to all the other concerns within the field of Chinese history. Melissa A. Brzycki, Journal of Asian Studies

Preface
Acknowledgments
Abbreviations in Text
Introduction
Part I: The Science of Sentiment
1. Child Study in Chinese Kindergartens: Chen Heqin’s Approach to “Family Education”
2. Cherishing Children: The National Child Welfare Association in the Nanjing Decade, 1928–1937
3. The Calculus of Child Welfare: The Democratization of Fundraising for Shanghai, 1937–1942
Part II: Child Experts and the Chinese State
4. Wartime Paternalisms: Mobilizing Child Advocacy for the State
5. Contested Service: Building a National Social Welfare Program in the Civil War, 1945–1949
6. The Reeducation of Child Experts: Chen Heqin as a Model of Self-Criticism
7. Women’s Mobilization and Childcare for the Masses: Collective Childcare in the 1950s
Conclusion
Character List
Notes
References
Index