Running Mother and Other Stories 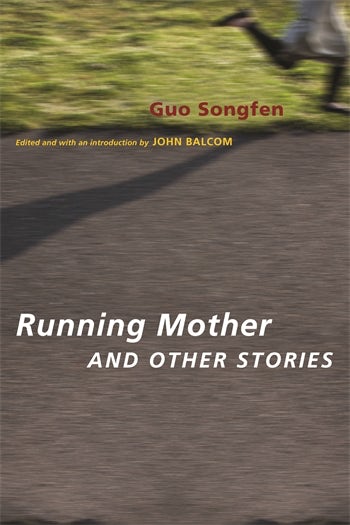 Running Mother and Other Stories

Guo Songfen's short stories are masterful psychological portraits that play with the echoes of history and the nature of identity. One of the few modernists to truly capture the fallout from such events as the February 28th Incident and the White Terror, Guo Songfen illuminates the quiet core of his characters through a spare and immediate style that is at once a symptom and an allegory of the trauma in which they live.

In "Running Mother," a man is torn between his fear of abandonment and his guilt over leaving his family, and therefore his symbolic home, behind. "Moon Seal" follows a woman caught between traditional and modern worlds. In "Wailing Moon," a wife learns a shocking secret after her husband's death, realizing he was never the man she thought him to be. Set in the United States and Taiwan, "Snow Blind" is a multigenerational triptych that portrays the consequences of spiritual malaise, and in "Brightly Shines the Stars Tonight," a general wrestles with issues of memory and self-perception in the final moments before his execution.

Guo Songfen's stories play with the hazards of miscommunication, the malevolence of human will, the arbitrary nature of fate, and the burden of historical circumstance. As the general discovers, life is a game of chess, the outcome of which is never certain though it might be logically designed. Showcasing the best of Taiwan's modernist style, these stories are not only an indictment of the human condition but also a powerful comment on the experience of postretrocession Taiwan.

Guo Songfen (1938-2006) was associated with the remarkable group of writers who graduated from the Foreign Languages and Literatures Department at National Taiwan University during the 1960s. An important voice in Taiwan's modernist literary movement, Guo Songfen lived in the United States from 1966 until his death, writing most of his major works while abroad. This is the first significant collection of his writings to appear in translation. John Balcom is associate professor and head of the Chinese program at the Graduate School of Translation and Interpretation, Monterey Institute of International Studies. He has translated twelve books, including Li Qiao's Wintry Night, Chang Hsi-kuo's City Trilogy, and Lo Fu's Driftwood.