Russia in the Arctic 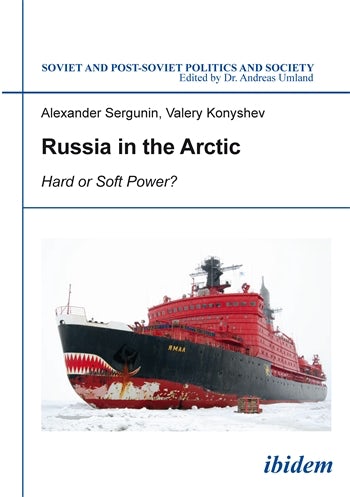 Russia in the Arctic

This timely book provides a detailed analysis of Russia's national interests in the Arctic region. It analyzes Russia's domestic discourse on the Far North's role among national priorities as well as Moscow's bi- and multilateral relations with major regional players, including energy, environmental, socio-cultural, and military policies in the Arctic. In contrast to the internationally widespread stereotype of Russia as a revisionist power in the Far North, this book argues that Moscow tries to pursue a double-sided strategy in the region. On the one hand, Russia aims at defending legitimate economic interests in the region. On the other hand, Moscow is open to co-operation with foreign partners that are willing to partake in exploiting the Arctic natural resources. The general conclusion is that in the foreseeable future Moscow's strategy in the region will be predictable and pragmatic rather than aggressive or spontaneous. The authors argue that in order to consolidate the soft power pattern of Russia's behavior a proper international environment in the Arctic should be created by common efforts. Other regional players should demonstrate their responsibility and willingness to solve existing and potential problems on the basis of international law.

Offers a wide-ranging account of the emerging issues in Russia's Arctic strategies. This book will be of great interest not only to scholars but also to students of international relations and Arctic Studies. Poul Wolfssen, Roskilde University

Alexander Sergunin is professor of international relations at the St. Petersburg State University and Higher School of Economics, Russia.