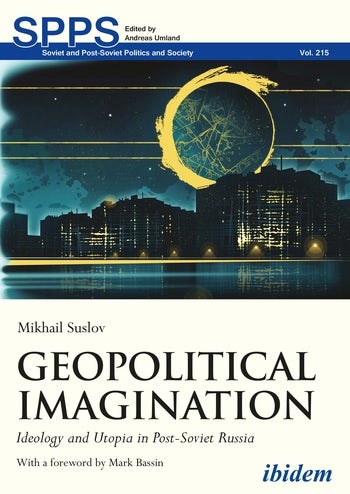 This timely book surveys key themes and tendencies in the development of conservative ideology in Russia. Mikhail Suslov argues that Russia’s historical experience of Westernization and the geopolitical struggle for recognition led her conservatism towards critical reflection about Russia’s cultural authenticity and its place in the world. As a result, unlike canonical ‘Western’ versions of conservatism, the Russian one was not only a response to liberal and revolutionary ideas and practice, but also an opposition to the worldview of the ‘Westernizers’. <br><br>In today’s Russia, Putinism is making cautious attempts to lean upon some forms of ideological legitimation associated with ‘traditional values’ discourses. In this context, the ruling party ‘United Russia’ proclaimed conservatism its ideology in 2009. The Russian version of conservatism substantiates the anti-Westernism of Russia’s official line, but as an ideology, its nature is too paradoxical to become a long-term ally of the regime. Suslov analyzes these paradoxes and dilemmas by the examples of late-imperial neo-Slavophilism, émigré conservatism, underground right-wing dissident movement, and post-Soviet conservative streaks of thought.

Mikhail Suslov's book is a must-read for all those curious to capture the complexity of the notion of 'conservatism' in today's Russia. Delving into past conservative doctrines and the diversity of actors branding conservatism today, the book allows us to move away from a simplistic, Kremlin-centric vision and to get a comprehensive interpretation of the broader phenomenon. Marlene Laruelle, Research Professor of International Affairs, George Washington University

Mikhail Suslov is assistant professor of cross-cultural and regional studies at the University of Copenhagen. His recent publications include <i>The Post-Soviet Politics of Utopia: Language, Fiction, and Fantasy in Modern Russia</i> (2019), coedited with Per-Arne Bodin, and <i>Contemporary Russian Conservatism: Problems, Paradoxes, and Perspectives</i> (2019), coedited with Dmitry Uzlaner.