Before the Pictures Got Small 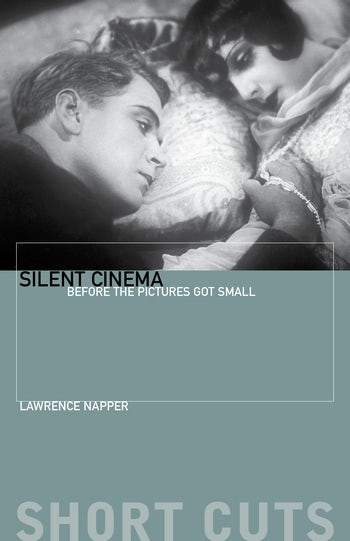 Before the Pictures Got Small

Since the spectacular success of The Artist (2011) there has been a resurgence of interest in silent cinema, and particularly in the lush and passionate screen dramas of the 1920s. This book offers an introduction to the cinema of this extraordinary period, outlining the development of the form between the end of the First World War and the introduction of synchronized sound at the end of the 1920s. Lawrence Napper addresses the relationship between film aesthetics and the industrial and political contexts of film production through a series of case studies of "national" cinemas. It also focuses on film-going as the most popular leisure activity of the age. Topics such as the star system, cinema buildings, musical accompaniments, film fashions, and fan cultures are addressed—all the elements that ensured that the experience of the pictures was "big." The international dominance of Hollywood is outlined, as are the different responses to that dominance in Britain, Germany, and the USSR. Case studies seek to move beyond the familiar silent canon, and include The Oyster Princess (1919), It (1927), Shooting Stars (1927), and The Girl with the Hatbox (1927).

A short introduction though this may be, in eschewing the common textbook structure of plotting a few disparate movements in film history, it manages to construct instead a nuanced and impressively cohesive picture of the diversity of silent cinemas and their cultures. Frames

Lawrence Napper is lecturer in film studies at King's College, London. He is the author of British Cinema and Middlebrow Culture in the Interwar Years (2009) and The Great War in British Popular Cinema of the 1920s: Before Journey's End (2015).