A Paradigm for Culture Theory 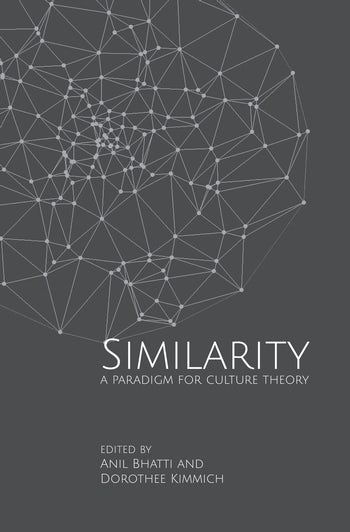 A Paradigm for Culture Theory

This volume is a collection of papers based on the idea that the concept of similarity could offer a new, alternative approach in culture studies, as compared to the hitherto dominant paradigm of difference. The concepts of identity and otherness are both becoming ever more questionable, not least due to global political events of the last few decades. The assumption of distinct cultural identities in the era of postmodern migratory flows seems increasingly inadequate. Though the postcolonial critique of identity has emphasized alterity and hybridity, this has remained within the paradigm of difference as an overall perspective. For these reasons, it is important not only to discuss, but also to reflect upon whether a concept of similarity can be developed alongside the concept of difference which has hitherto dominated culture studies. The category of similarity offers an alternative for examining our complex cultural world.

This book seeks to introduce and explore important and exemplary interpretations of similarity for research in culture studies. The essays presented here come from literary and cultural studies, from philosophy, political science, sociology, ethnology, and history. The essays are arranged according to their systematic perspectives: the first part of the book deals with conceptual attempts to establish the relevance of similarity for culture studies, while the second part is devoted to testing different areas and models of application. The book explores the theoretical range of the concept of similarity in historical and systematic terms. Similarity is seen not only as a heuristic concept, but also as an argument and an alternative option in cultural practice. That is why it was discredited by suggesting that it supported an assimilationist position leading to a forceful adjustment of cultures, gender, or religion. In addition, similarity and thinking in similarity were supposedly part of a premodern way of thinking belonging to other times and places, part of primitive stages of culture or a premodern epoch, and therefore part of a different order of things which was distinct from a rationalist modern epoch in which only exact concepts are valid. Thinking in similarity does in fact oppose the desire to draw precise borders and exact definitions. But this supposed drawback can be an advantage when dealing with complex phenomena of culture where fluid transitions, multiple overlappings, and broad spatial borders are given. The specific epistemological achievement of the category of similarity consists in offering new ways of seeing the diffuse dynamics and fuzzy relations characteristic of our contemporary complex and entangled world. Thinking about similarity opens different possibilities for dealing with the problems of complex societies than do methodologies focused on differences. Thinking about similarity should not be (mis-)understood as a false form of harmonization or leveling of differences. Rather, considerations of similarity contain a subversive potential to expose the claimed antagonisms and radical incompatibilities of opposition, differences, as nothing more than ideology.

Dorothee Kimmich is professor of modern German literature at the University of Tübingen, Germany.